Join us Sunday, April 24th, from 2 – 5 pm for the closing reception of Ali Dadgar’s solo exhibition DISORIENTAL. In addition to the closing reception, we are pleased to present a guided conversation between the artist and ADVOCARTSY founder Roshi Rahnama, which will begin promptly at 3 pm.

Drawing from a decades long fine art practice, DISORIENTAL explores universal themes of censorship, colonization, ‘otherness’, and identity filtered through the artist’s own Iranian and American experiences. DISORIENTAL is Ali Dadgar’s first solo exhibition with ADVOCARTSY and surveys a mad menagerie of complex, enigmatic works from several of Dadgar’s ongoing, multimedia series in an effort to navigate the artist’s darkly chaotic, yet distinctly authentic philosophical musings. By layering historical symbols, handwritten notes, photographs, self-portraits, and found materials from rugs to maps, Dadgar’s art maintains an undercurrent of dark humor that strives to recontextualize the unexpected. These elements are manipulated either digitally or manually, through painting or drawing, and form a new visual language – one of redaction, remapping, and erasure. Through autobiography and self-deprecation, Dadgar summons figures of otherness in a place filled with tradition, history, humor, and paradox. 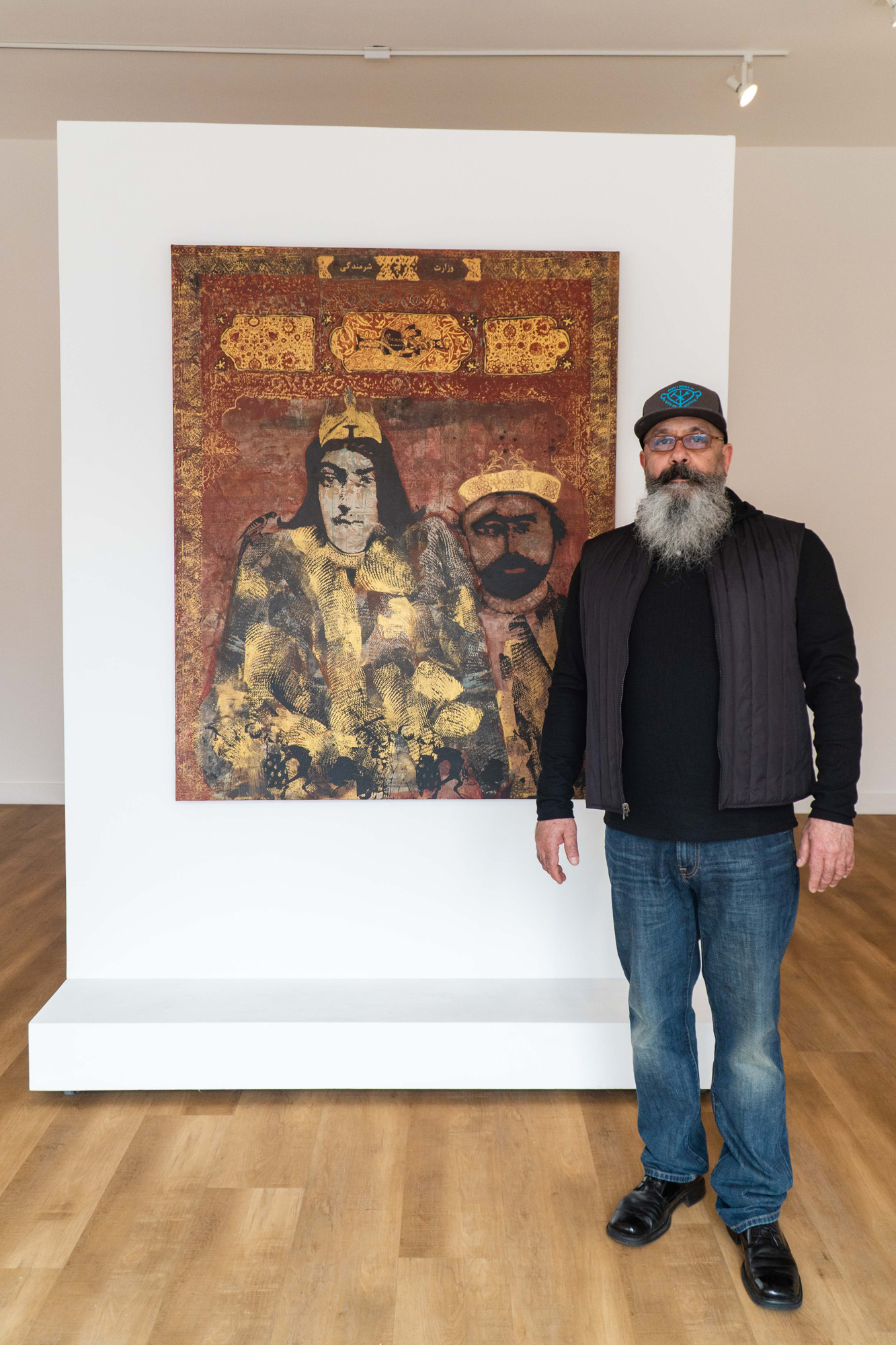