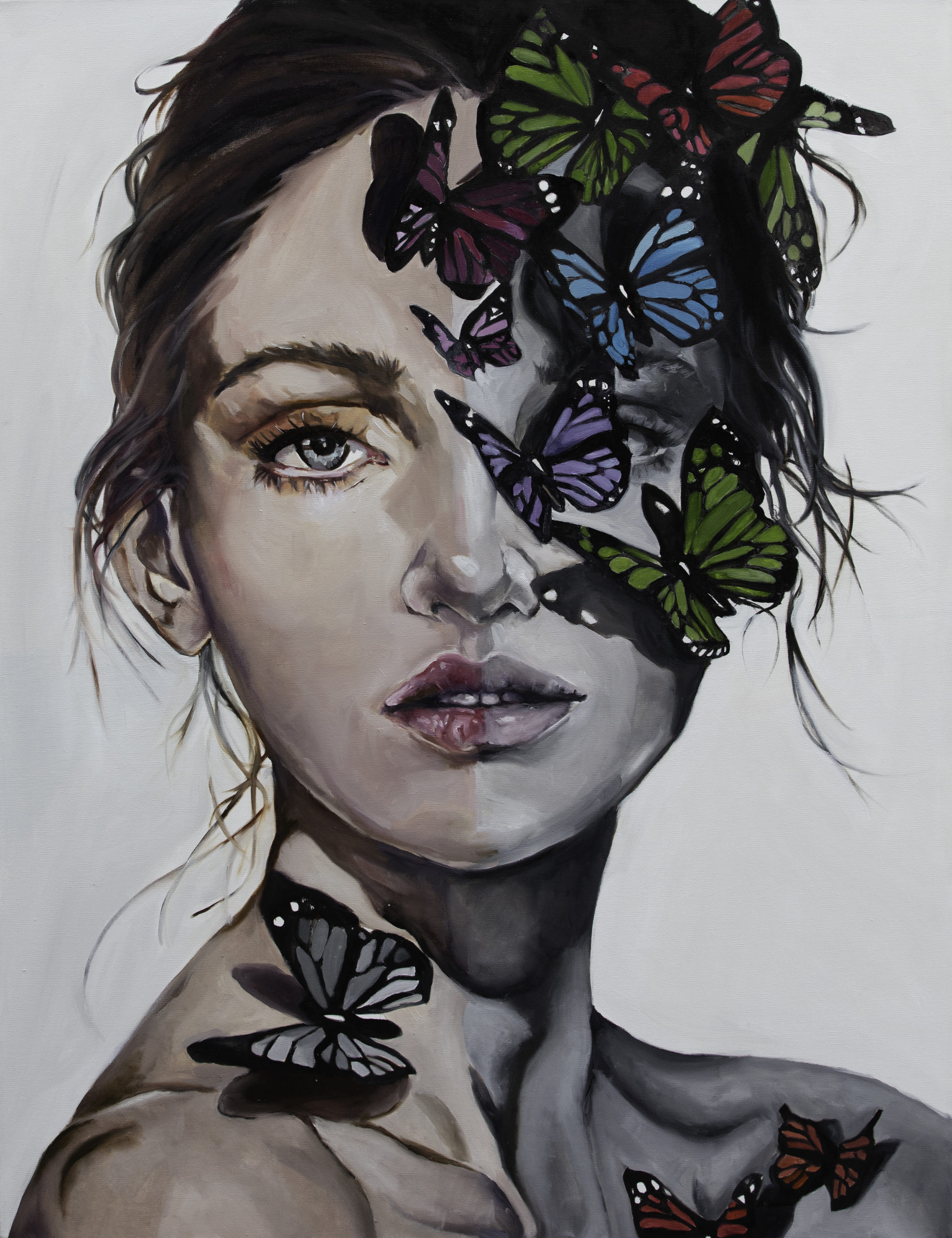 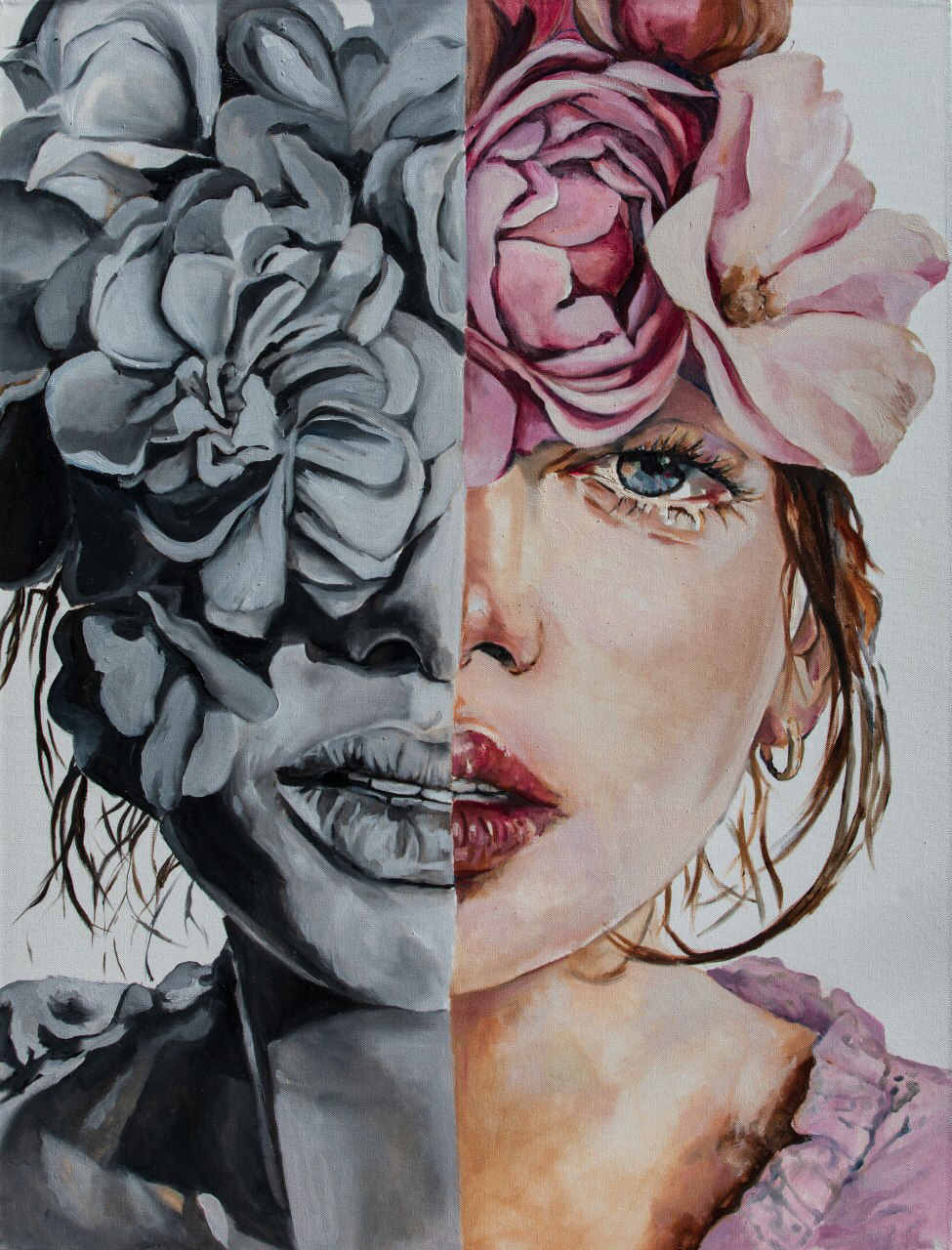 The prevalent discourse of modern societies, with its focus on concepts such as evil, war, and destruction, pushes people further and further inside themselves, preoccupying them with mental and psychological struggles. The modern person is always trying to create a bubble around him, to isolate himself against the insecure world around and create a safe space. The result of this isolation, however, is nothing but personality disorders and psychological dreamscapes. The melancholic mood of the modern person comes from this putting a distance between the self and the society, and from retreating inside, which sparks internal mental battles. It is as if a school of beta fish, known for fighting, are eating the person’s mind in an eternal war, ruining everything. The beta fish in this painting are metaphors for this never-ending war zone in the modern person’s mind as it moves toward its collapse. The fish represent beautiful fighters that isolate the human soul in a bubble of fantastical thoughts and dreams, eating it away, and leading to its internal demise.

Email info@advocartsy.com for inquiries related to our artists.

The SPACE by ADVOCARTSY. Contemporary Iranian Art Platform hosting an array of art events, projects, and exhibitions in downtown Los Angeles and beyond.