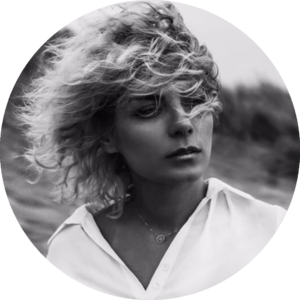 Mobina Nouri is an Iranian Multi-disciplinary artist based in San Francisco whose practice reflects her personal history as a female immigrant. Nouri received her BA in Performance art and MA in Art and Design from Tehran Art University, Iran and her PhD in Creativity from City University London, UK. Working across a variety of media, the artist mines her country’s tradition of storytelling, often turning to philosophies and mysticism to contemplate and reconsider the complexities in the contemporary moment. Mobina has exhibited internationally across a range of group and solo exhibitions in Iran, United Kingdom and the United States. Her work is included in private collections and recently exhibited in de Young Museum San Francisco.

Statement of Series – Infinite Universe of A Thousand Tales

The universe contains all the wisdom humans are not consciously aware of, including chaos and order. Since the dawn of time, uncovering the secrets of the universe has been pursued by philosophers and scientists of every creed. As the universe expands in time, so does consciousness. Through the series :“Infinite Universe of A Thousand Tales” Mobina Nouri seeks to decipher these secrets by translating them into her own imaginary world inspired by One Thousand and One Nights. The data of her delicate hand drawings generate emotive imagery when input into the digital realm. The distinct humanity embedded within Nouri’s art is transformed via abstract mathematical principles to create unexpected renderings. The role that technology plays in the generative art-making process is unusual and surprising. Nouri regards it as a creative collaborator as much as an artistic instrument. Each composition becomes its own ecosystem, a planet created by human hands and a computer program to form a collective interpretation of this incomprehensible subject, visualizing the wonder of our Cosmos.