A journey through Wonderland – the fairy-tale visual of Mohammad Barrangi

Wonderland, noun: ‘a land or place full of wonderful things’

Mohammad Barrangi is an individual whose life-story tells of difficult journeys and many challenges. In the literal sense of journey, Mohammed left his homeland of Iran two years ago, and currently lives and works in the UK. Conquering the challenges of disability, Mohammad is a true inspirational hero in his own narrative and personal journey – despite only having the full use of his right arm, Mohammad has represented Iran internationally in the 100m sprint, as well as having crafted an artistic career for himself. Relatively new on the art scene, in the last three years Mohammad has exhibited widely in Europe and Asia, collecting various prizes along the way.

The media used in the artist’s work are both traditional and modern. Whilst employing modern printmaking techniques, the artist makes his paper, the effect being that his work emulates archaic manuscripts in both colour and texture. Barrangi then adds the age-old medium of calligraphy to the paper – or as it is called in Iran, ‘Nasta-liq’ script, one of the most revered Perso-Arabic art-forms in Iran’s history.

The artist’s depiction of beasts and human figures manipulate calligraphic forms to give a pseudo-Kufic like appearance. Thus, texture and depth on otherwise flat pictures is developed. Royal opulence is given to beasts and human figures suspended in action or battle. As we see in Mohammad Barrangi’s imaginative artworks, beasts shape-shift into astrological visuality.

The artist’s ‘Wonderland’ also makes reference to the mythical bird Simurgh, the bird from the Persian epic Manṭiq-uṭ-Ṭayr, ‘The Conference of the Birds’ by Attar of Nishapur. In the epic poem, the birds take a journey as suggested and led by the ‘hoopoe’ (the wisest bird of all), through seven valleys, to reach enlightenment. ‘The Conference of the Birds’ is deeply allegorical; each bird represents a human fault, which prevents man from reaching enlightenment. This is in similarity, to ‘The Wonders’, wherein seven heavens and seven earths are explored. ‘Wonderland’ is heavily influenced by themes of spiritual journey and mystic experience.

When again looking at difficult journeys and the travel of birds themselves, migration carries a high cost for birds, in terms of predation from other animals and humans. The timing of migration is influenced by changes in lengths of days. Significantly, migrating birds travel using celestial cues from the sun and stars, the earth’s magnetic field, and the instinctive use of mental maps. In Barrangi’s ‘Wonderland’, it can be read that the artist is like the bird, having relocated; migration is necessary in order to survive both for birds and sometimes for people. The artist captures a sense of timelessness in his series, a result of merging the traditional and modern. Through ‘Wonderland’ Barrangi takes his viewer to Attar’s seventh valley, ‘where the self disappears into the universe and the Wayfarer becomes timeless, existing in both the past and the future’. 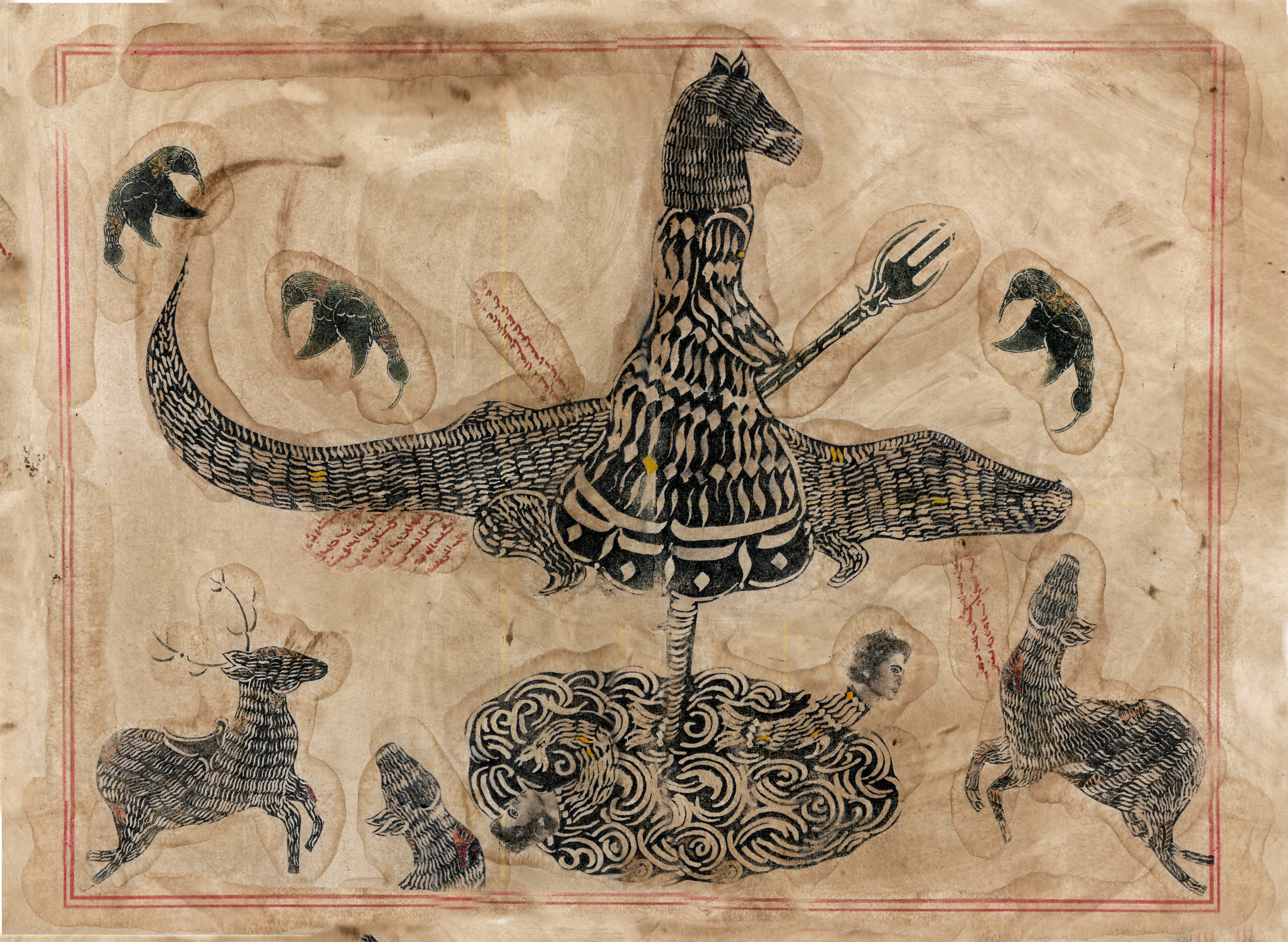 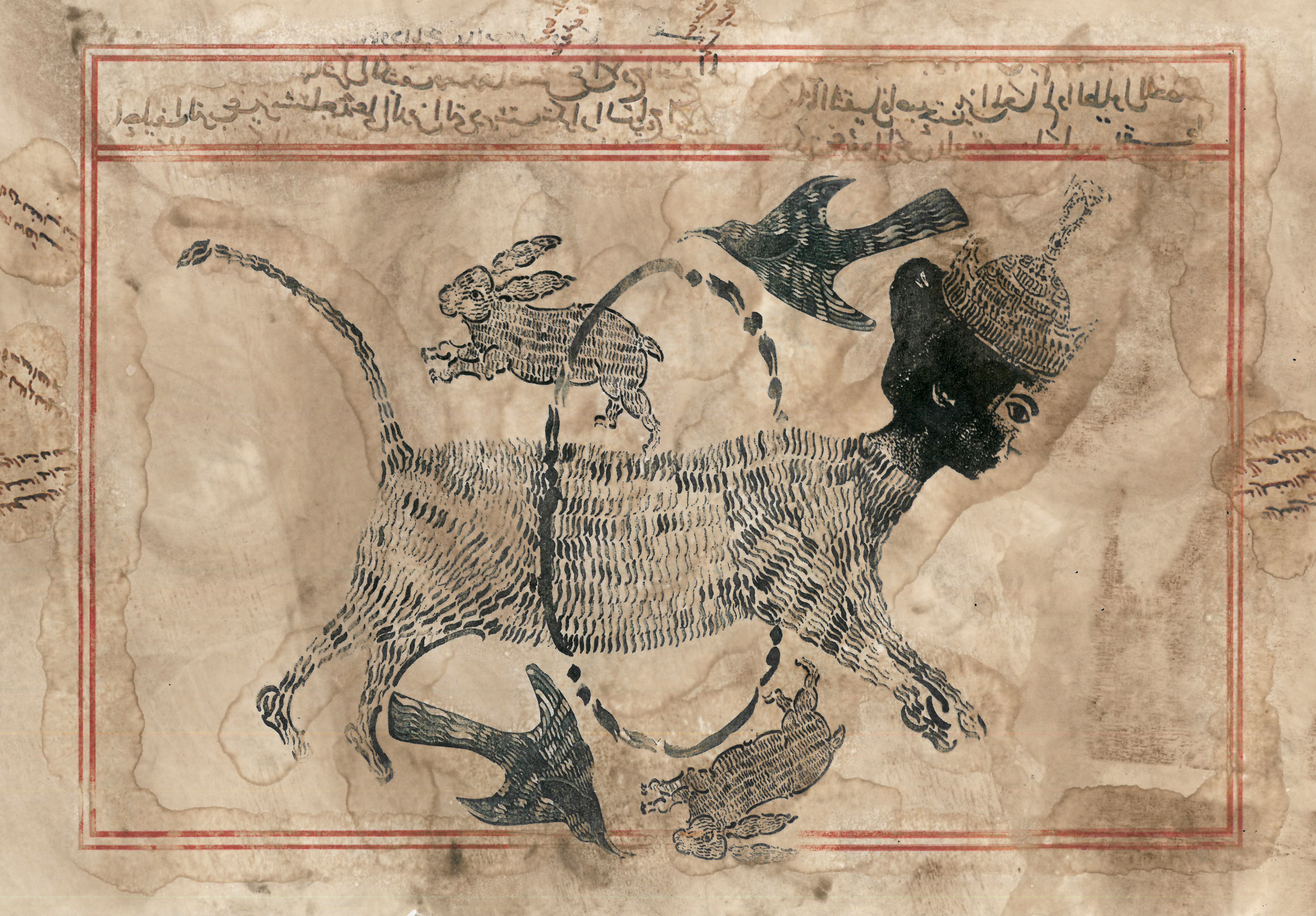 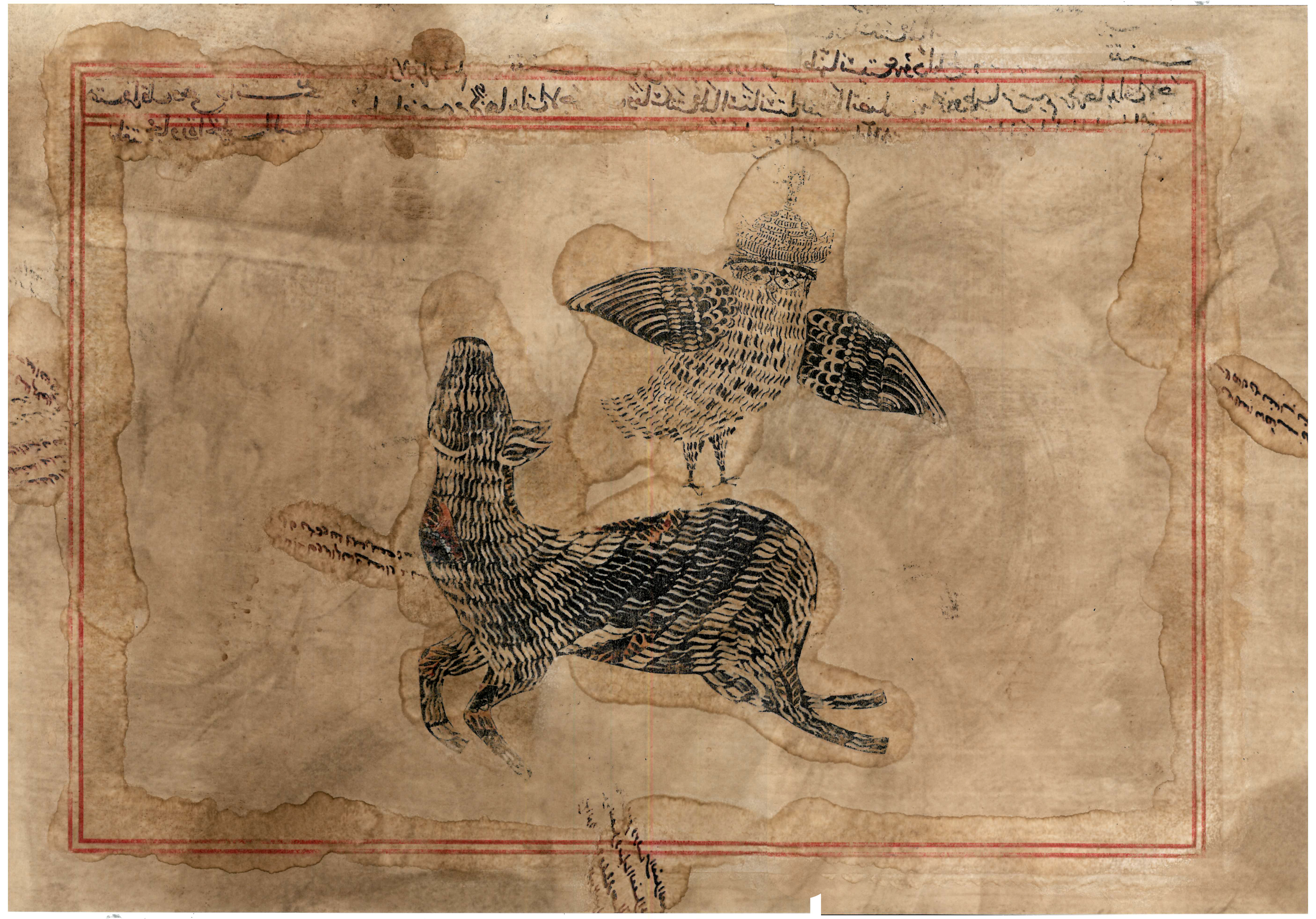 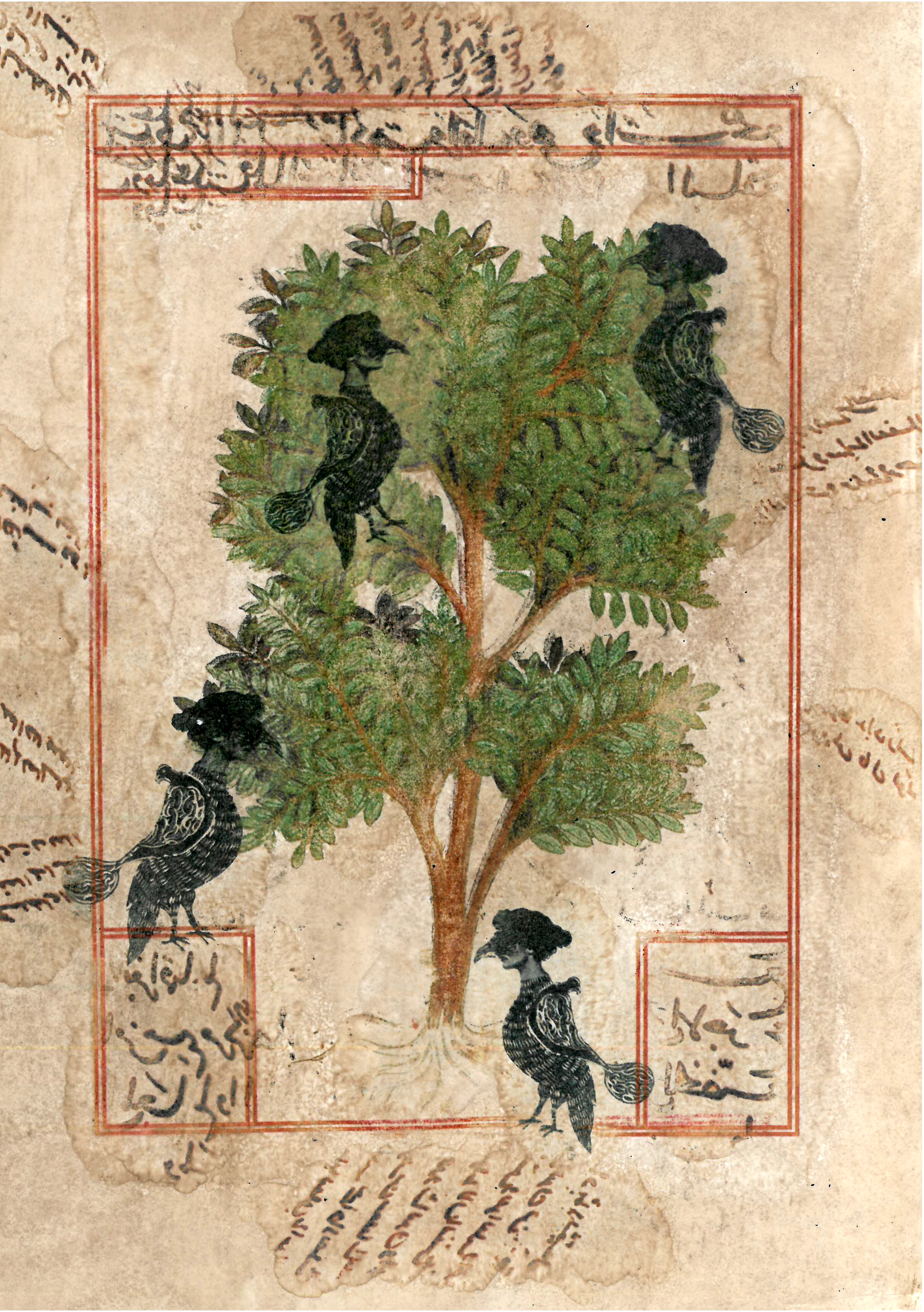 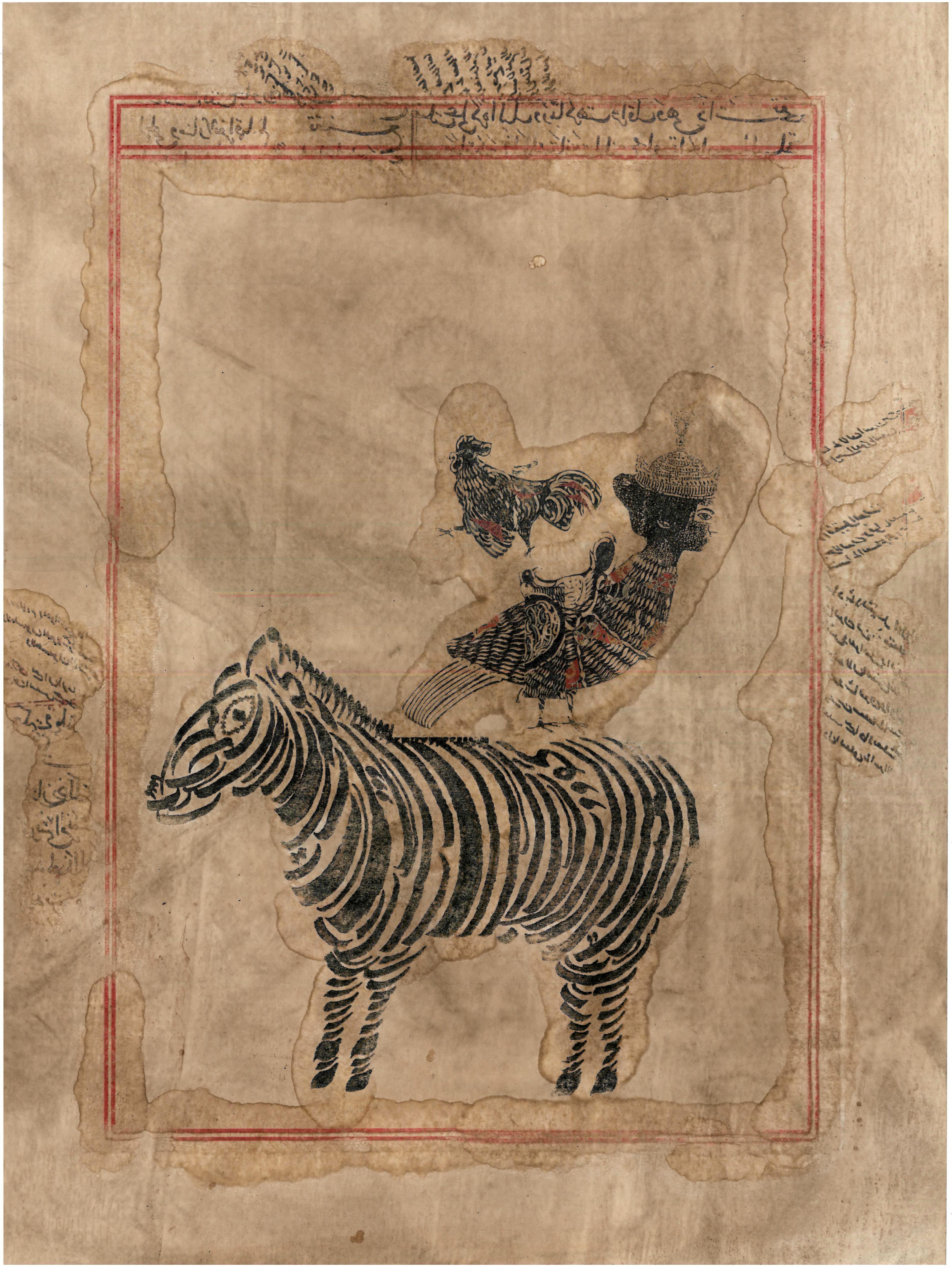