Artist Statement:
OUT OF CHARACTER Series

In storytelling, it is imperative to understand a character’s personality and behavioral tendencies in order to capture a compelling ­characterization of that persona within the narrative structure. One has to live, breathe, and feel the surroundings alongside the characters he/she creates. For me, within this context, I intend to re-structure real personalities visually and create a new persona. In a way, I am distorting history by projecting these characters through a satirical lens.

I am implementing fictional characterizations of these individuals ­within the audience’s mind regardless of the reality. My intention is to build these characters from the inside out, investing them with a past and a persona only hinted at in the history.

For the creation of these characters, I tend to concentrate more on the refinements than general aspects. I intend to re-imagine their roles within specific time periods of our contemporary culture and crystallize  the clichés about them. I intend to creep up on my audience hinting at the importance of reviewing the history and how characters carry the weight of its narrative arc. 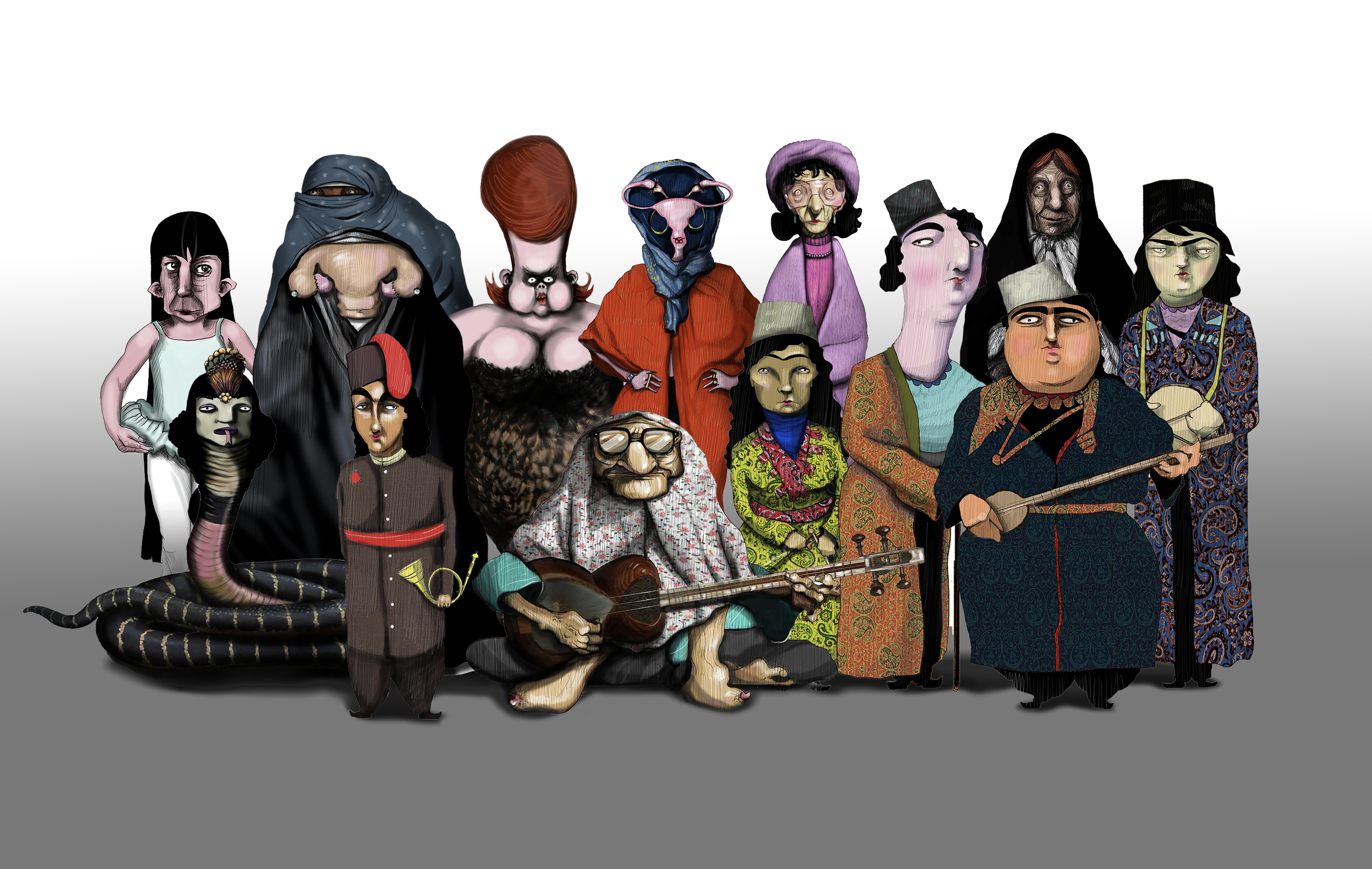 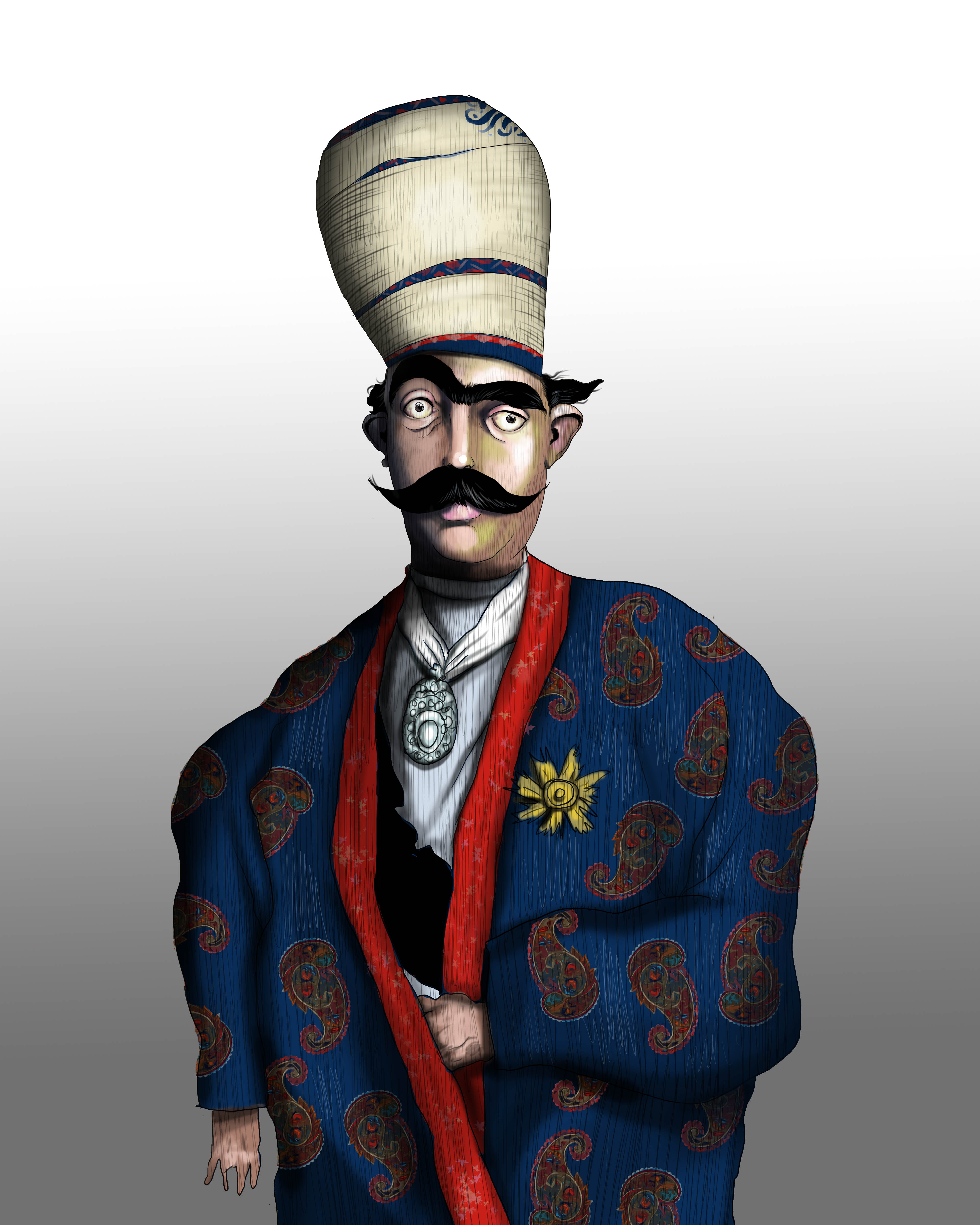 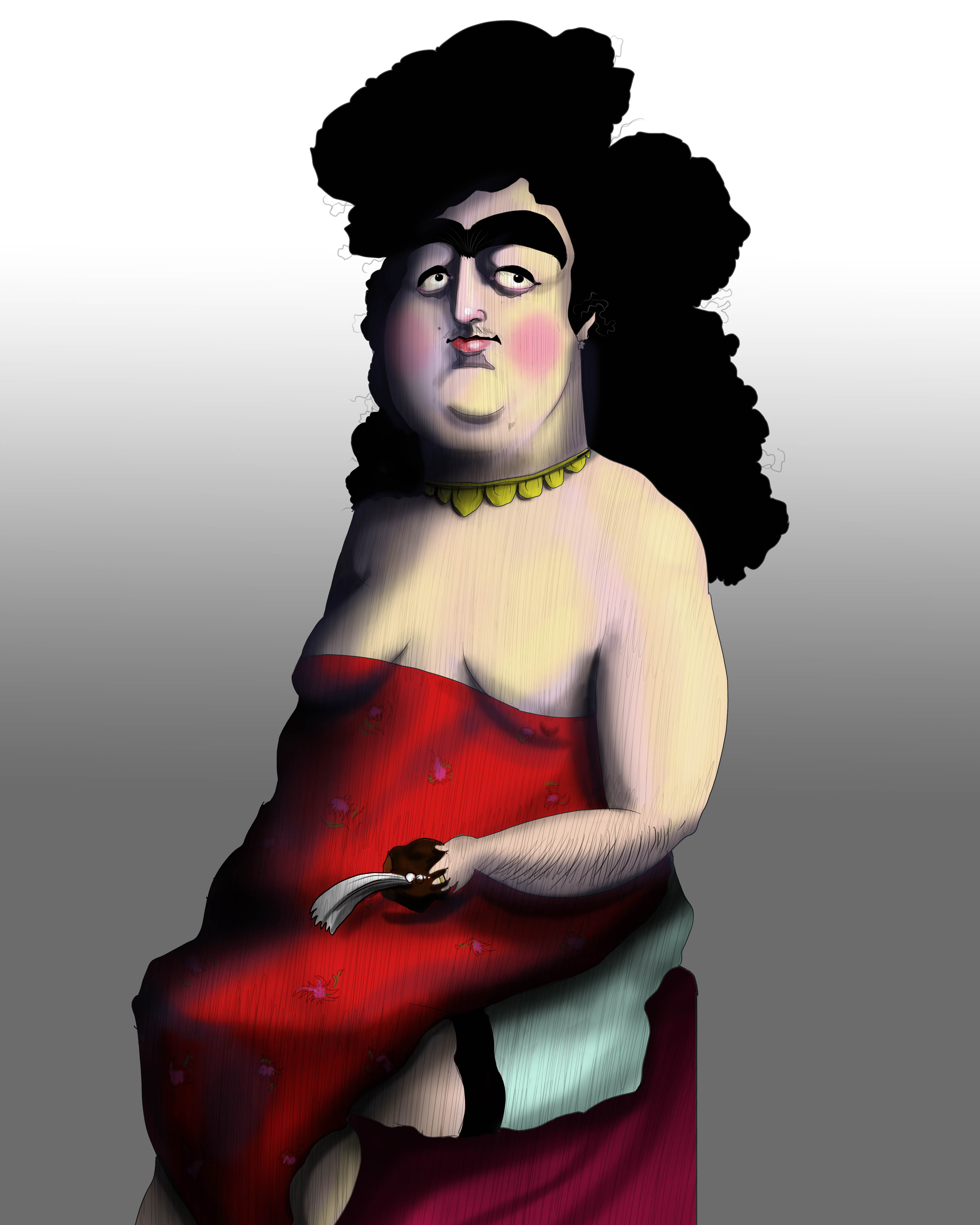 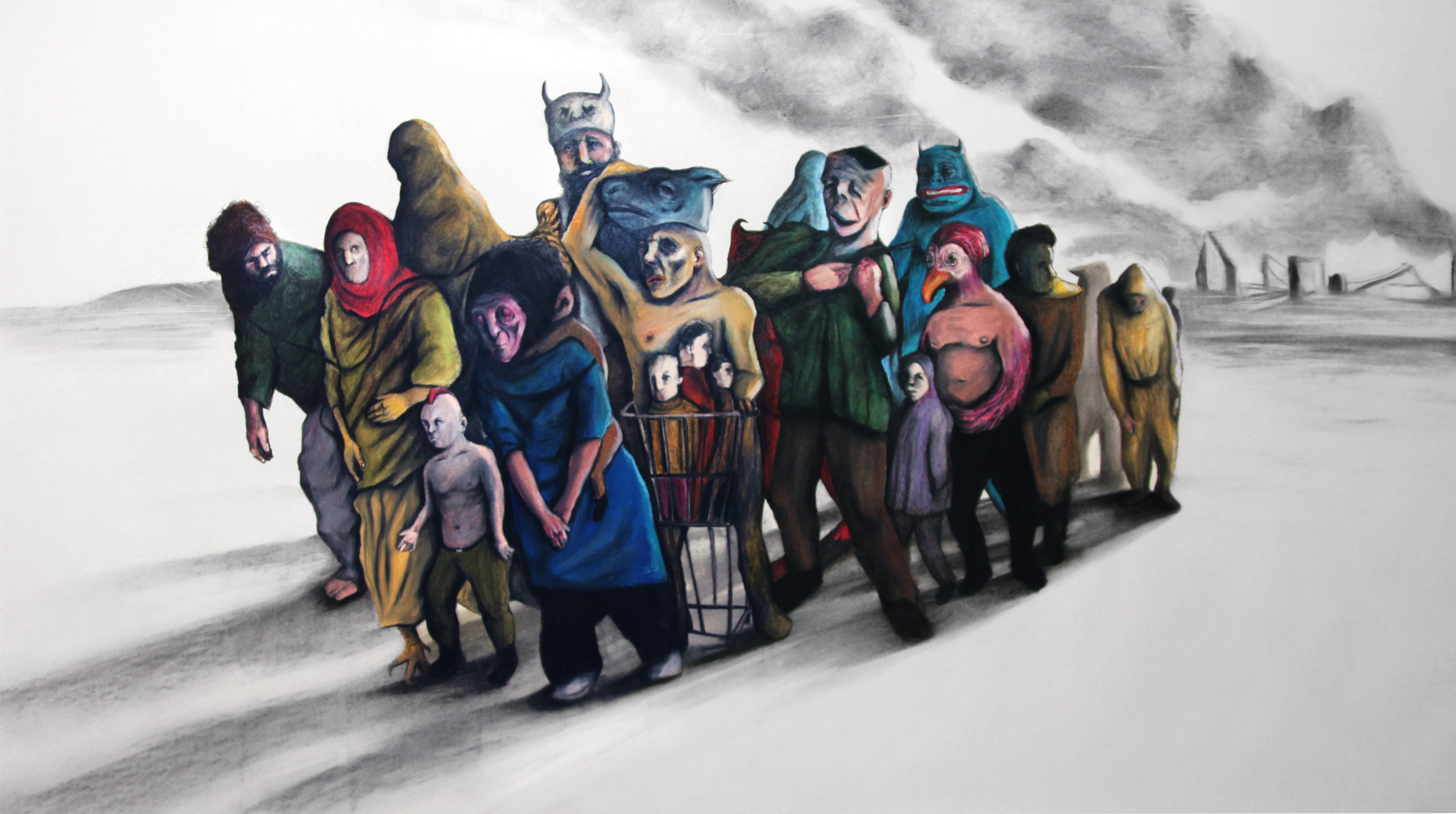 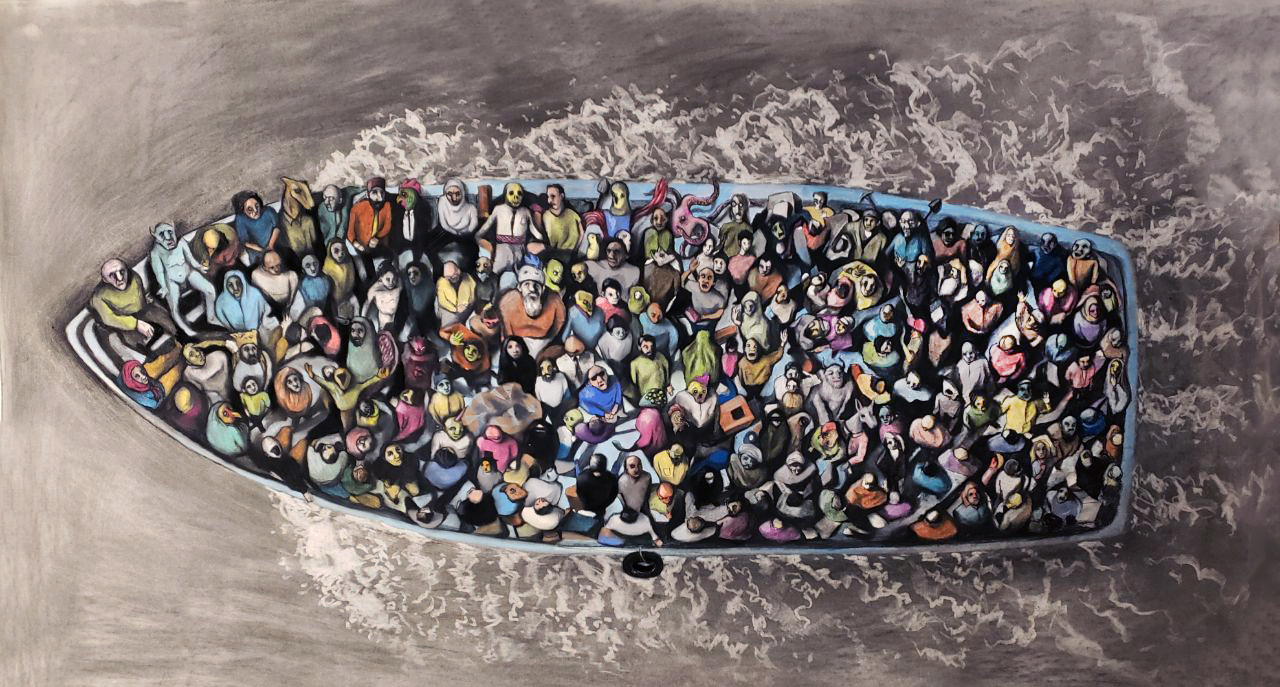 THE CHARM OF THE UNFAMILIAR / COMPLIANCY OF THE DISPLACED

The West has been developing a preoccupation with the “exotic” ever since it gained economic dominance over the so called “third world.” It began with an ethereal characterization of the “eastern seductress” in the Western renaissance into a patronizing fixation on “the unprivileged other from the war zone” in the late 20th and early 21st century.

In the age of modern capitalism, circumnavigation of the “first world” spatially by migrants along with the fantastical travelogues of the colonists created a platform for “exoticism” to evolve within and penetrate the popular culture. Generally, in the arts and entertainment, this exoticism is justified by the host cultures and its agents due to the void of cultural assimilation among the displaced groups of migrants, a behavioral adaptation that makes racial gap comprehensible for the Western Art consumer.

This patronizing Western attitude encourages the appropriation and consumption of one culture by another. It creates a moment of pressured immersion by the migrant into a different, generally dominant cultural attitude that lays the foundation for using the guest culture as an inverted mirror. This type of exoticism can inflect popular culture but because the host culture sees itself differently, it sees the guests/migrants differently as well. It will create a platform for the opulence of fantasy, which reinforces a denial of indigenous agency, depicting the guest/migrant culture as mysterious, intense, or elusive.

When this approach fixates itself within the dynamics of the relationship between the host and the guest, it leaves no other options for the guests other than the compliancy in normalizing this micro- aggression towards themselves and their respected culture. The idea of being socially normalized as deliverance for the guest culture boosts the call for eroticizing its characteristics

by the host culture. In other words, it legitimizes the transformation of these cultural characteristics into vindictive fantasies of the third world.

Adapting or assimilating the guest culture as an extension rather than an independently functional branch of the society dismantles the inherent character of the guest culture for the benefit of understandability by the host’s consumer culture. In this structure, the transition from a value-centric worldview to a user-based mentality is adopted by the displaced group that eventually uncovers a significant cultural “otherness”, less fearsome to the host.

My project, “THE CHARM OF THE UNFAMILIAR / COMPLIANCY OF THE DISPLACED” is a fictional improvisation on the story of the displaced. It follows the narrative of a group of migrants that relocate into an abandoned city that had once been an amusement park. The displaced in this narrative, are hybrid personas, some real, some mythical. Each carries a background story that has transformed their physicality in different forms and shapes. They need to adapt to their new habitat, finding a purpose in life within this Coney Island-esque setup, fighting to maintain their personalities and their characteristics.

My latest project EN MASSE revolves around mourning rituals and cathartic approaches through Art and the historic elements that generate these traditions in Theatre. This series is a multimedia project that explores mourning in a personal and historical level. It dwells on the theatrical aspects of Ta’zie or Passion Play in a non-linear format before transforming into animation and video projections as memories and dreams of the artist. This project also aims to create dialogue on how one can recover from a loved one’s death and why community creates a platform to do so through Art.

Having to deal with the loss of my mentor recently, I have begun to explore sentimental relations to mourning habits and rituals. This experience has caused me to reflect upon my understanding of the reasons behind mourning rituals. To examine why theatre becomes a vehicle for individuals to move as a mass towards calm, hiding behind their role, whether on stage as actors/actresses or as the audience.

In this project, the process of creation is as equally substantial to me as the product itself and my interests often lay roots in how I aim to conclude but end up elsewhere. How I, as a mentee, am advised by my environment and his/her story. How I change in shape, texture, and effectiveness during the completion of a project is an integral emphasis in developing EN MASSE. Experiencing pain, sadness, anger, nostalgia, gratitude, joy, and anxiety during the completion of this project has pushed me to grow, both as an artists and more importantly, as a human being. It has pushed me to climb out of a protective shell into a vulnerable atmosphere. An atmosphere devoid of artistic ego. A place where I have no control over the context but can choose the form. EN MASSE is an homage. A memorial service for whomever we miss. A reminder for us to embrace life’s inherited experiences and if necessary, leave them behind.  EN MASSE has started its journey in a different shape and form in Tehran, Iran and will conclude at LACMA’s ‘In the fields of empty days: the intersection of the past and present in Iranian art’ in May, 2018. 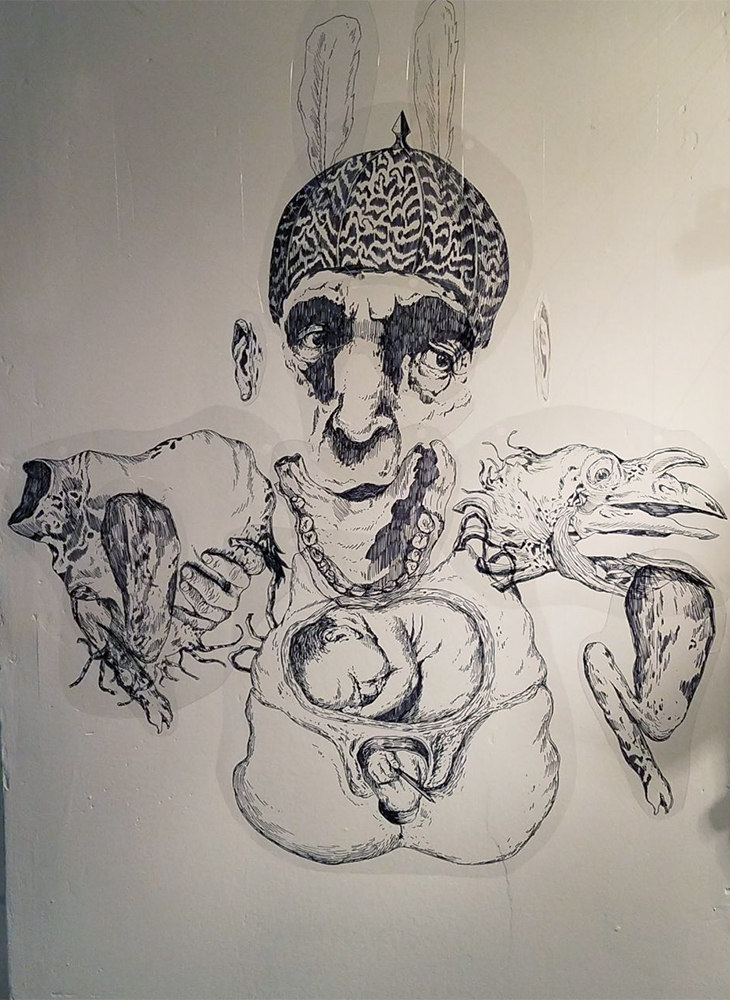 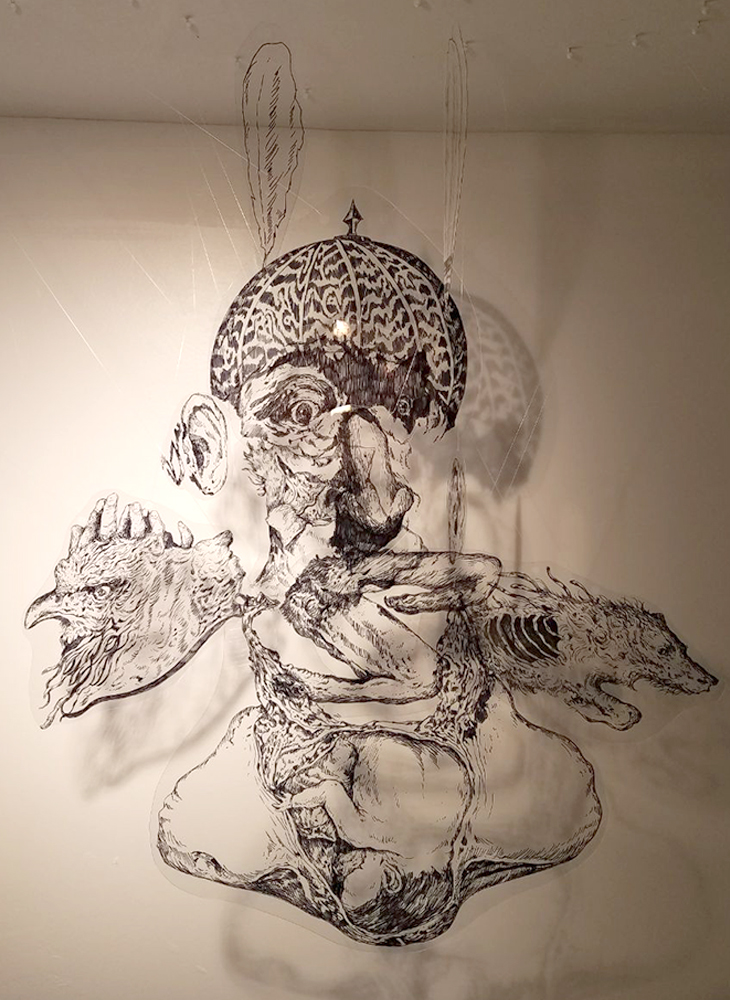 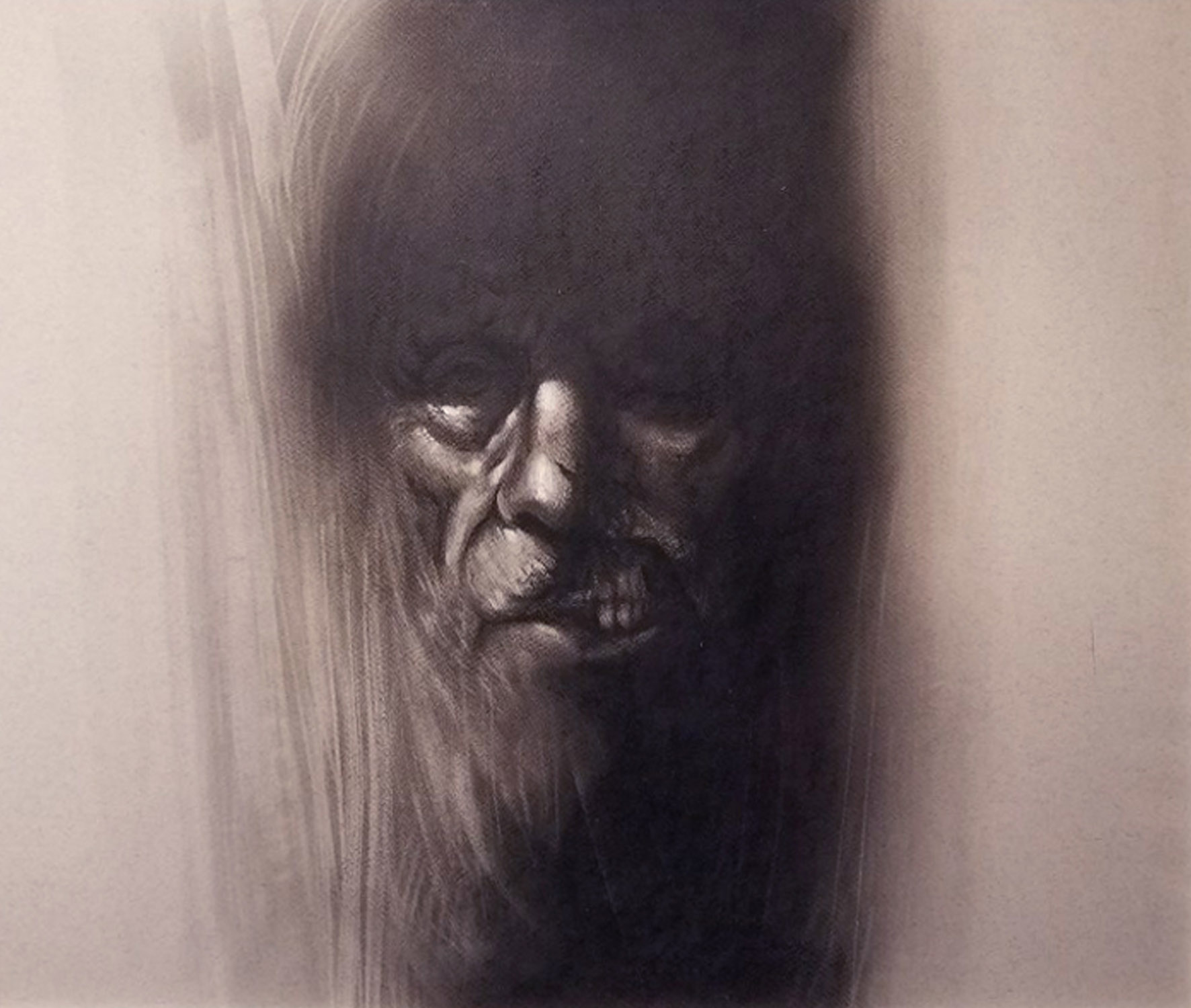 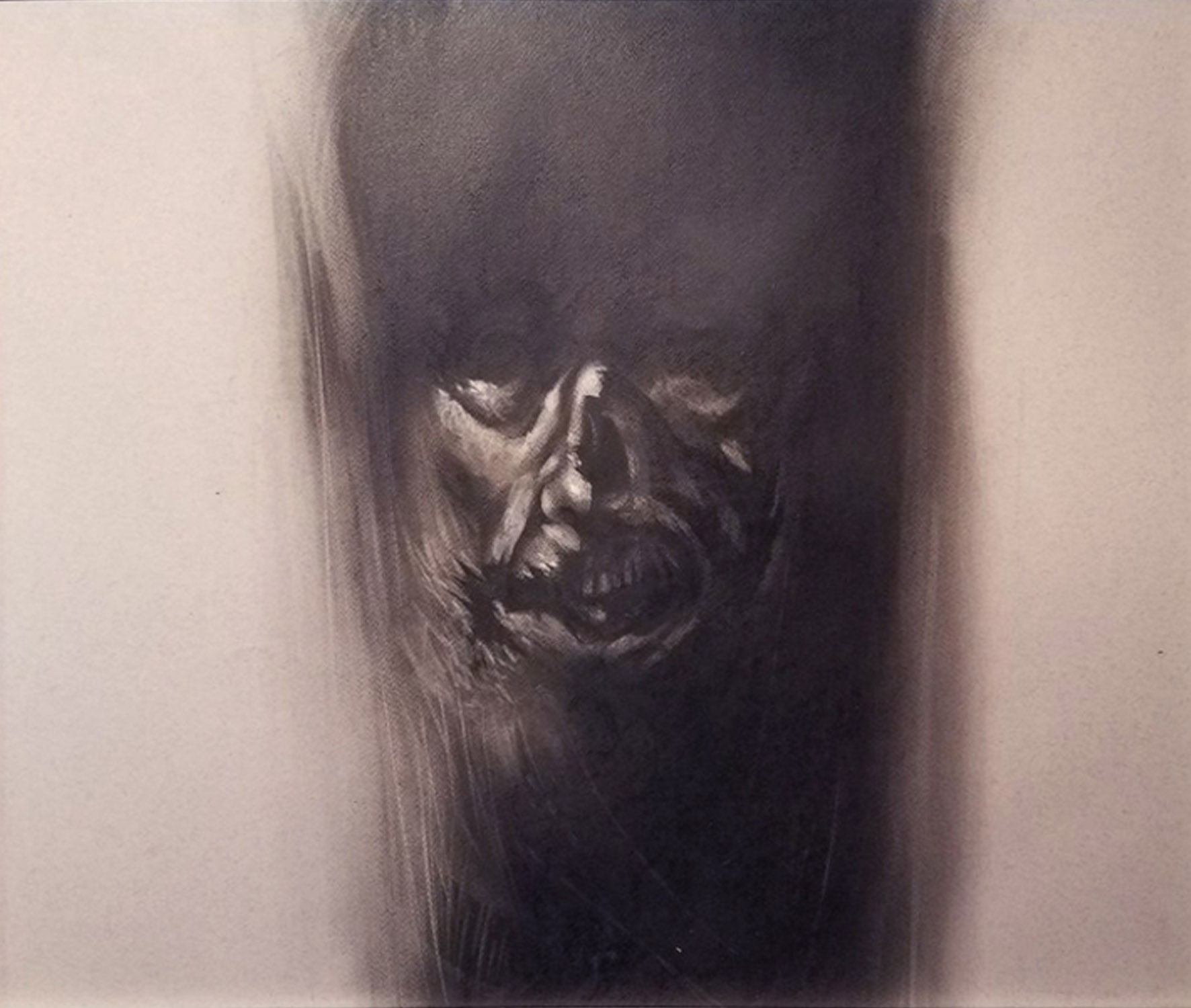 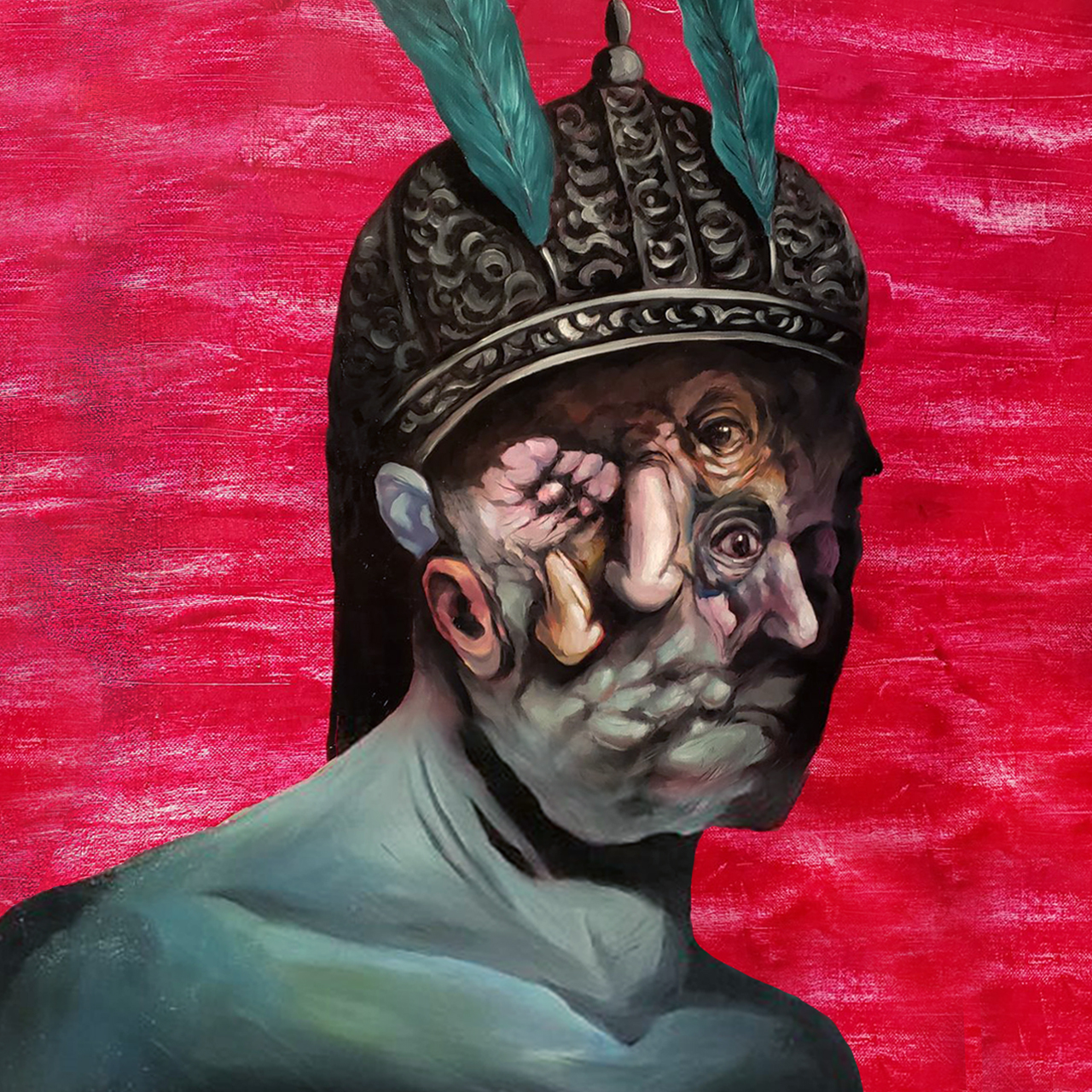 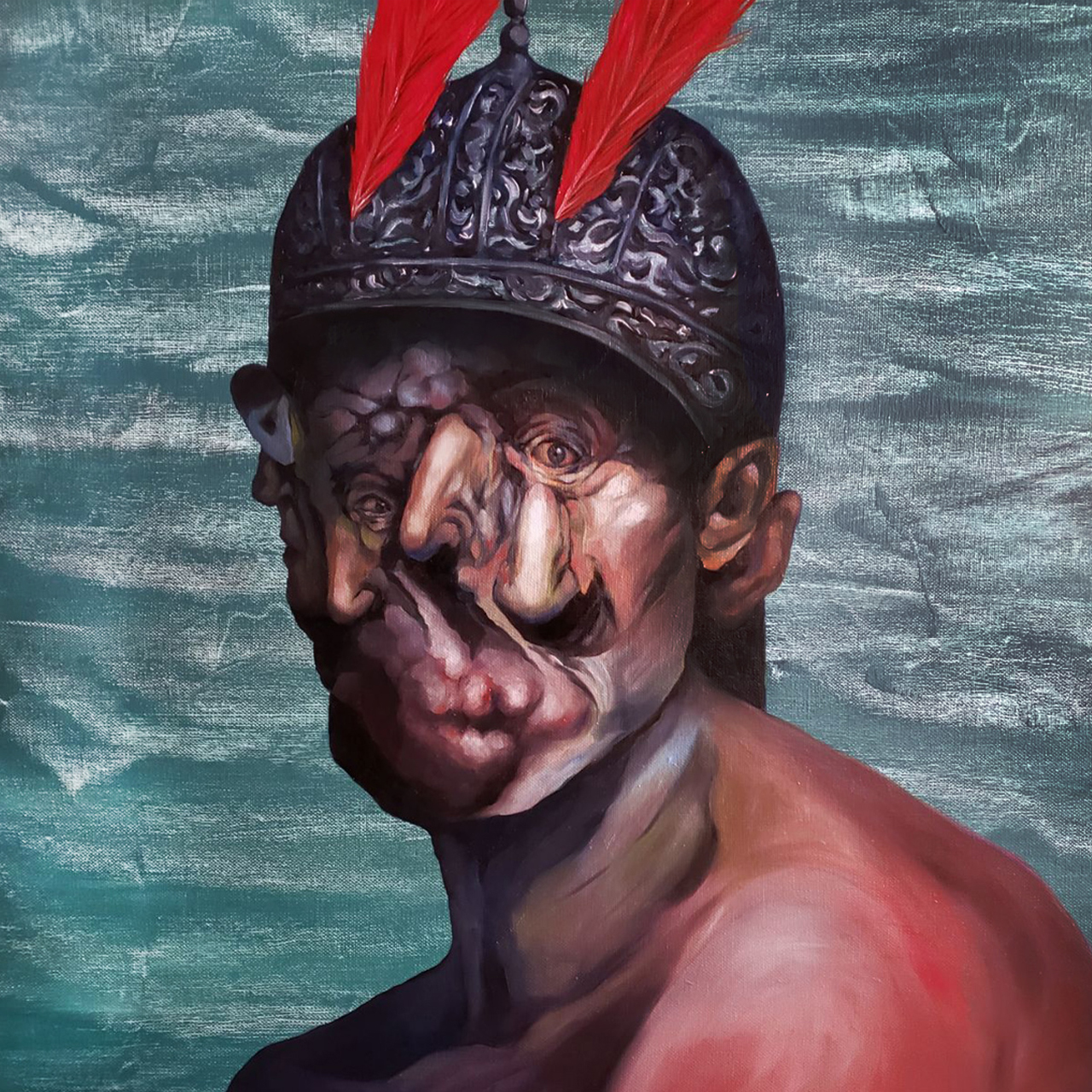 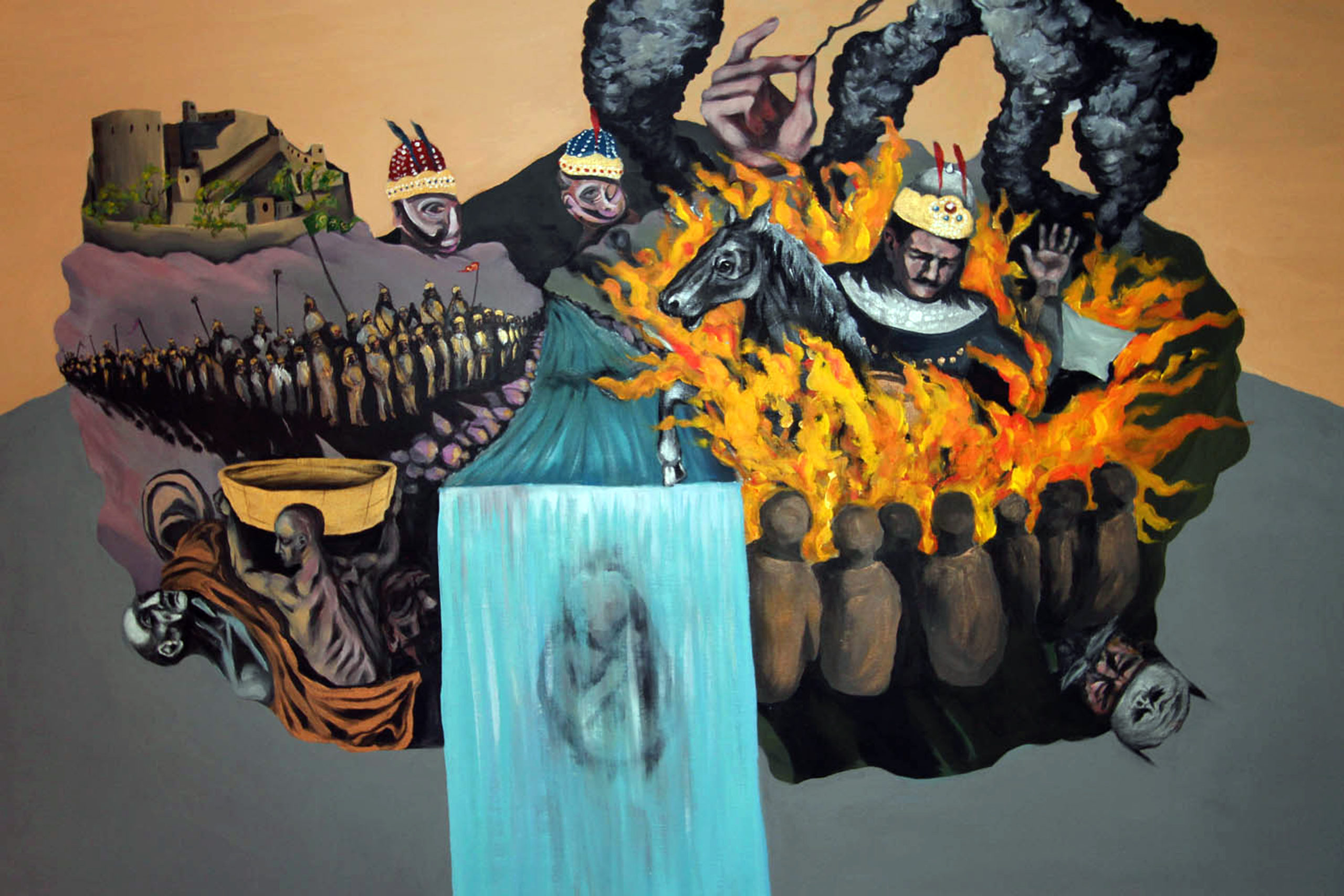 “Seven Conquests of Story” is a contemporary yet personal take on Fedowsi’s Shahnameh (Book of the Kings). In this body of work, there are key elements chosen from each story, visualized in a symbolic manner. I only seek attention for these stories where the new audience of contemporary art can develop a taste for the ancient Persian literature and storytelling practices. ​

​Most heroic and love stories have a written or oral stream that has been turned into a platform of poetry based on its authors taste or knowledge. In addition to engraving the story in a body of cultural narratives, the author chooses to polish the best version of that particular story in his or her compilation. Aside from the structural mold that the author creates for the story by re-designing its intertwined elements of creation, there are always people who add or subtract to the story purely because of their honest intentions. Also, it is noteworthy that because these collections of lyrical stories are balanced in complex structures, manipulating their foundation is a difficult and un-natural task. One of these collections is indeed Ferdowsi’s ‘Book of the Kings’ who has saved many of these stories within its essence despite the years passed from their birthmark. Before the modern times and the creation of modern media, Persian tales existed for centuries underneath the skin of society by storytellers narrated in public places such as mosques, coffee-houses and gatherings. In most cases the stories were centuries older than the narrators. They were told orally or published in manuscripts and traveled through time without changing core.