Over several decades, Oakland-based multimedia artist Ali Dadgar has explored universal themes of censorship, colonization, ‘otherness’, and identity filtered through his own Iranian and American experiences. Working across multiple mediums and series simultaneously, Dadgar’s ideas take shape through performance and 2-dimensional mixed media art. He is deeply familiar with the conventions of printmaking and formal Western approaches to art, which he absorbs and upturns through his practice. By layering historical symbols, handwritten notes, photographs, self-portraits, and found materials from rugs to maps, Dadgar’s art maintains an undercurrent of dark humor that strives to recontextualize the unexpected. These elements are manipulated either digitally or manually, through painting or drawing, and form a new visual language – one of redaction, remapping, and erasure. Through autobiography and self-deprecation, Dadgar summons figures of otherness in a place filled with tradition, history, humor, and paradox. 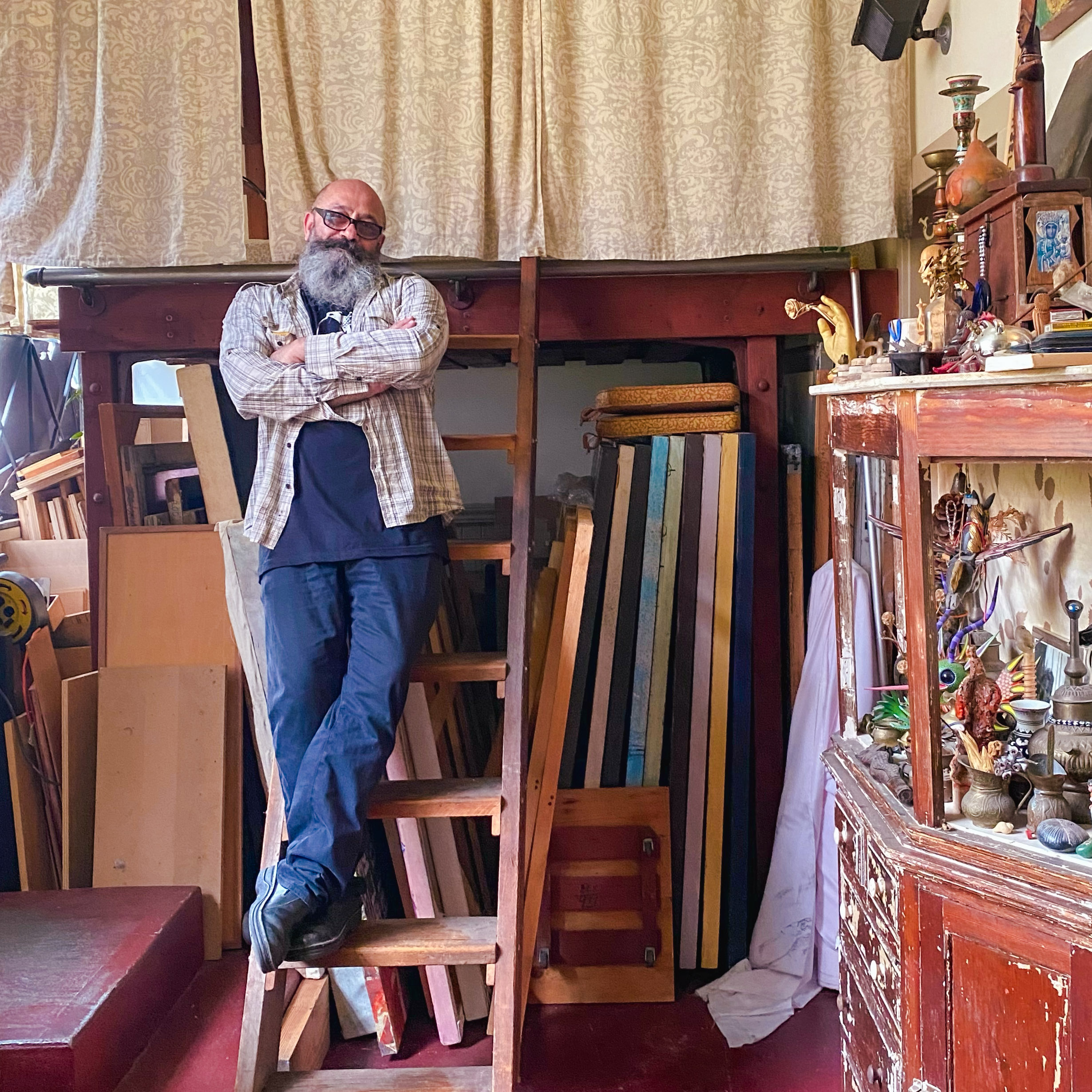 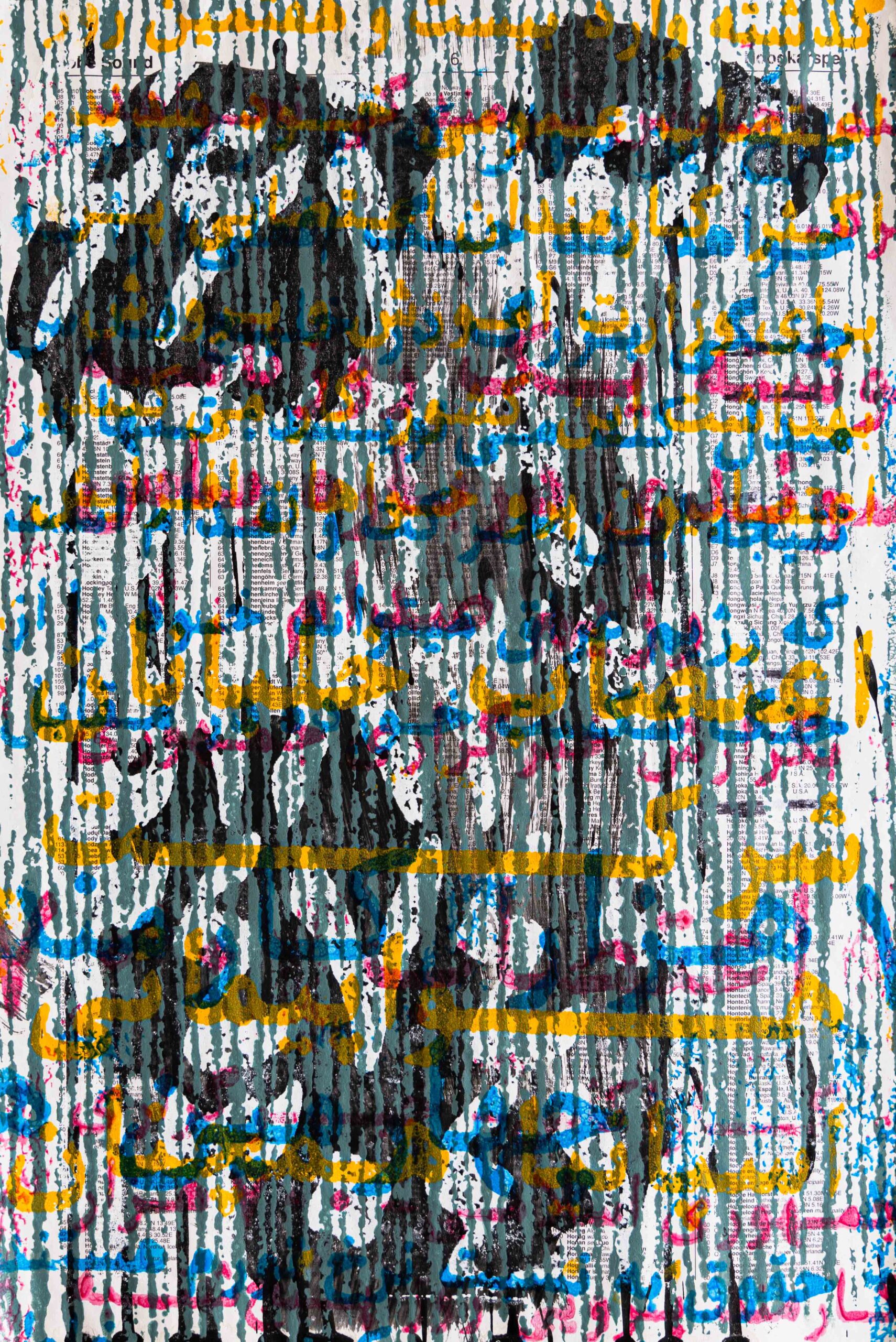 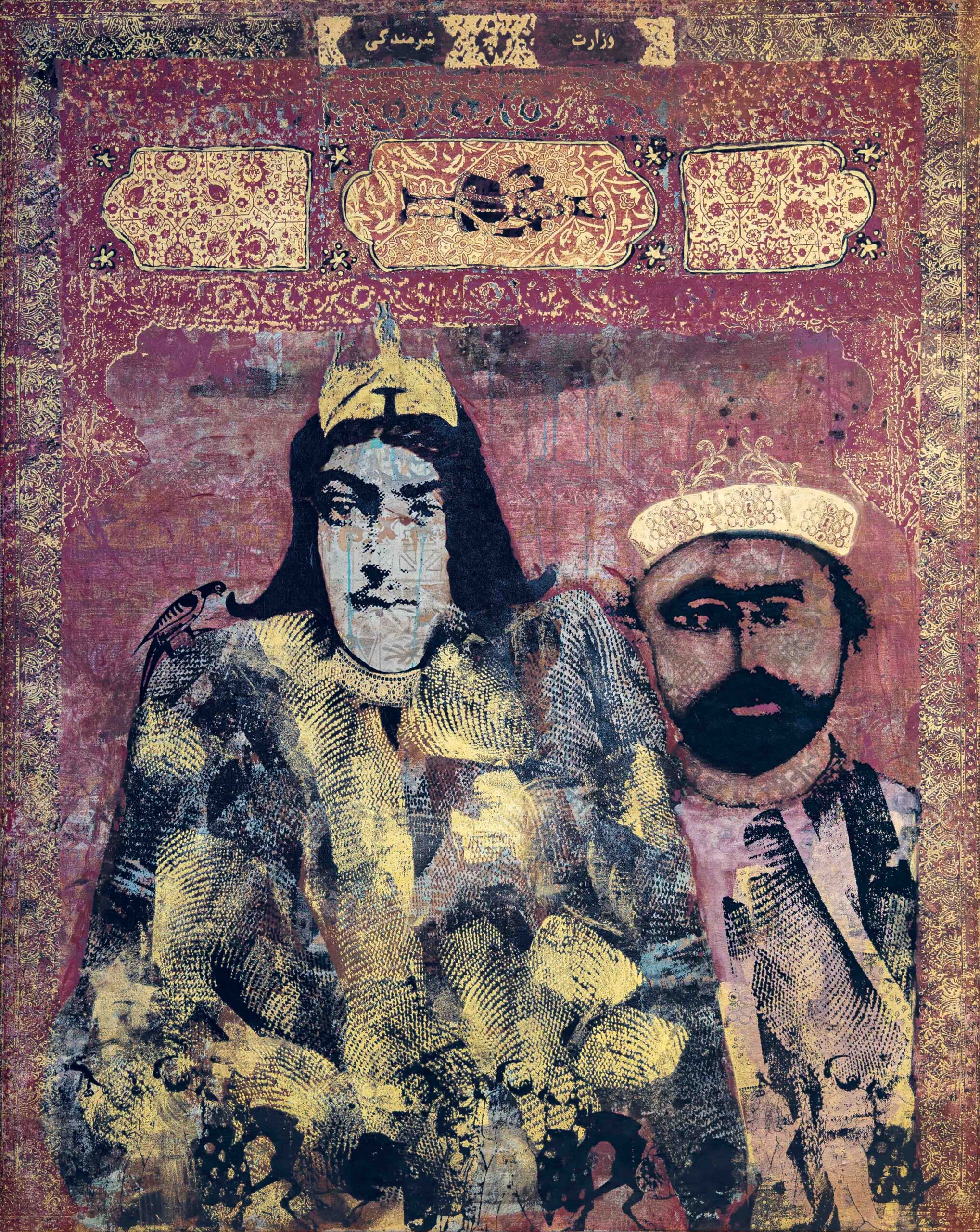 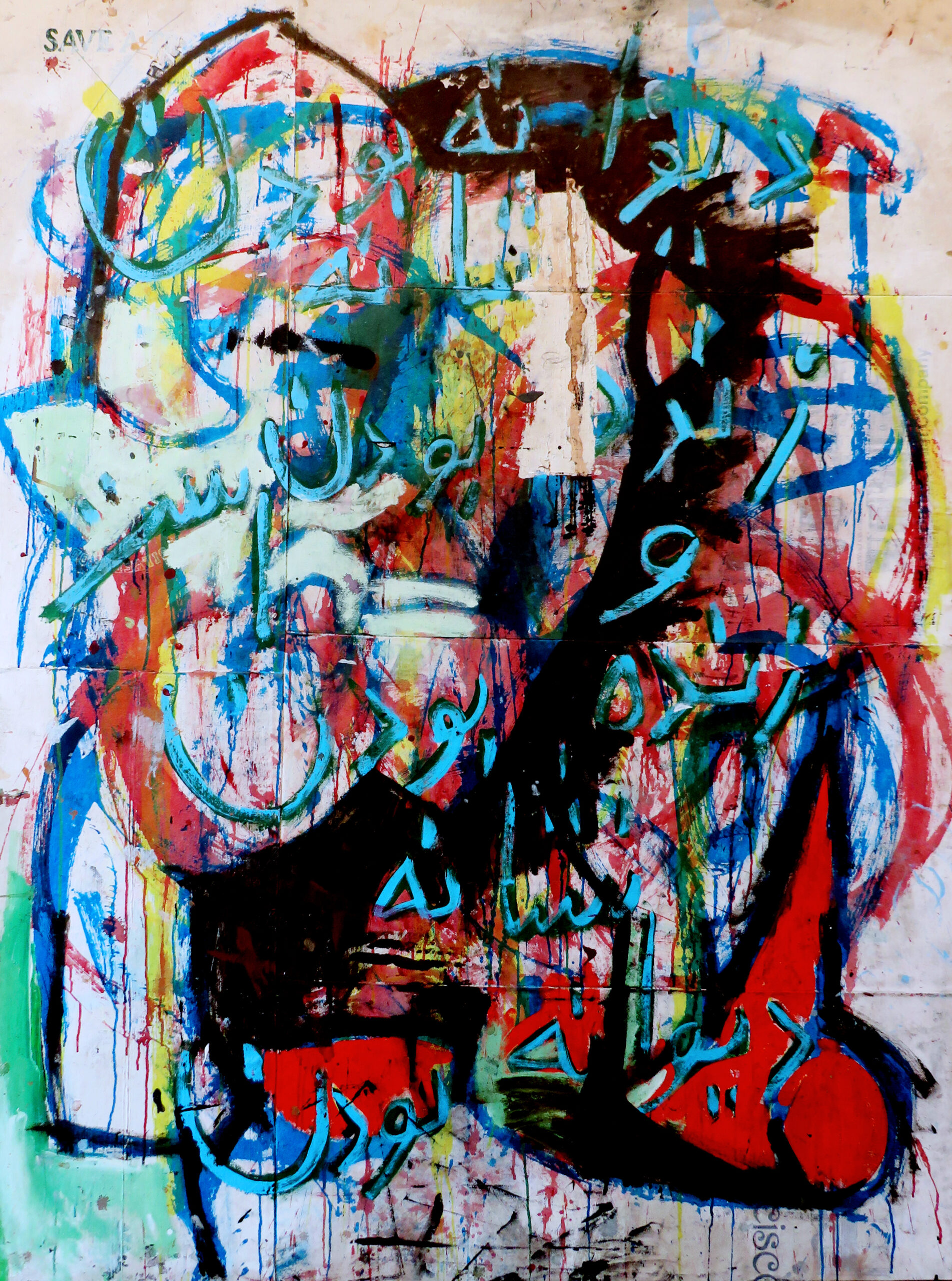 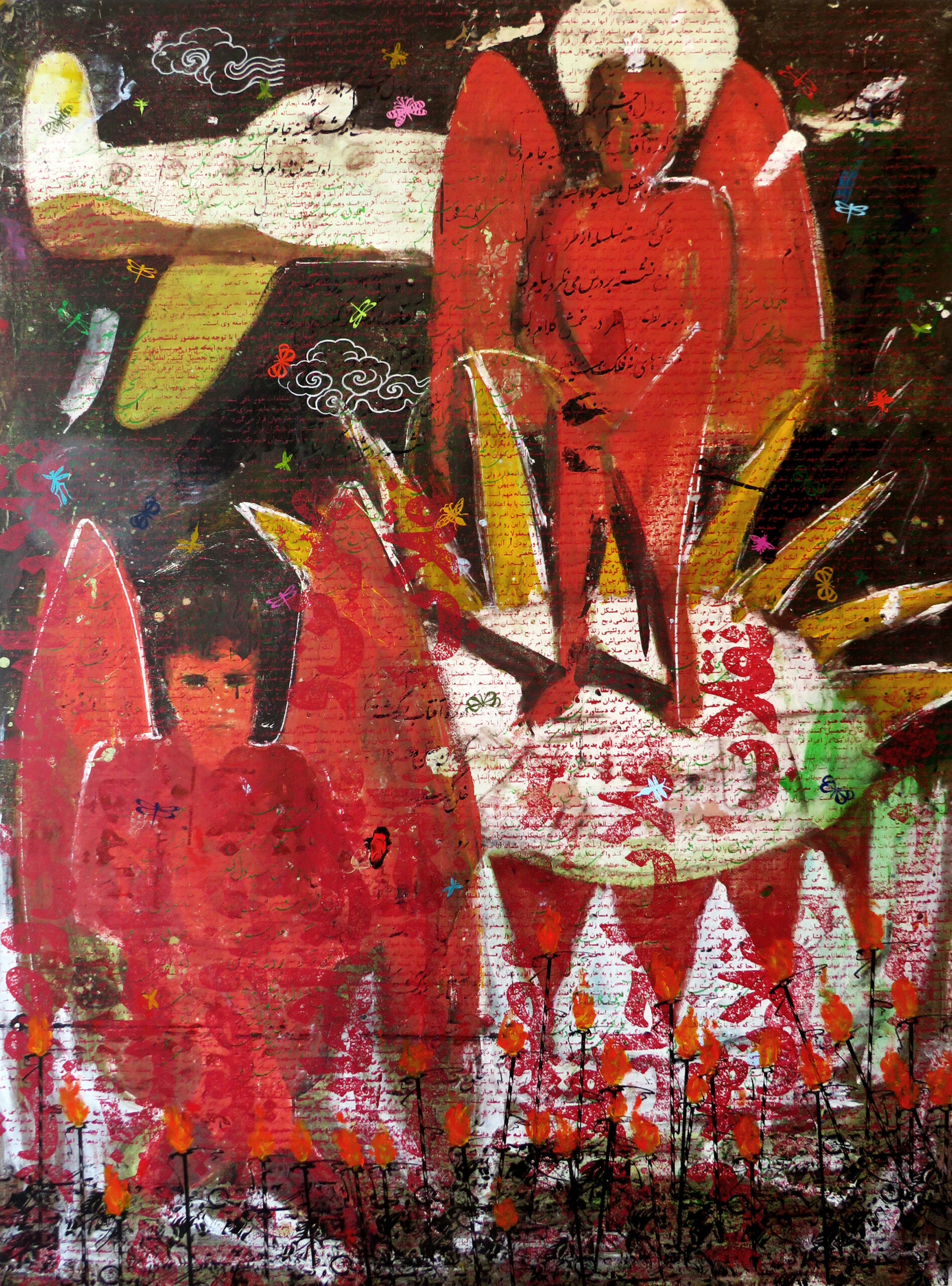 No Redemption, 2020
Mixed Media Silk Screen and Acrylic Paint on Canvas
75 x 55 in 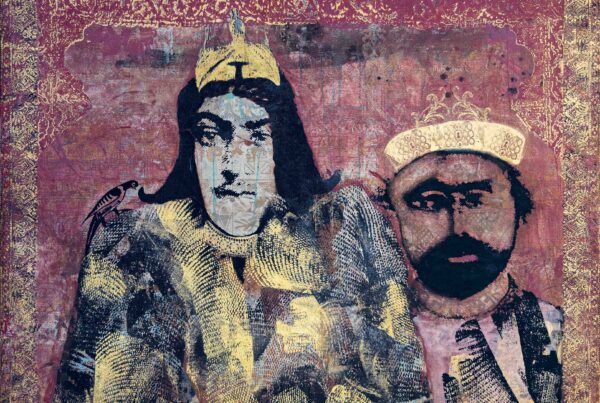 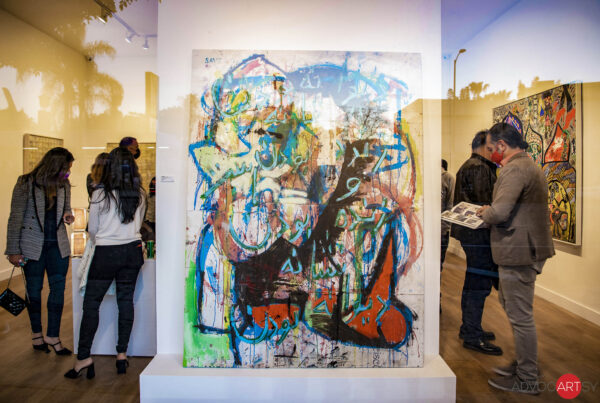 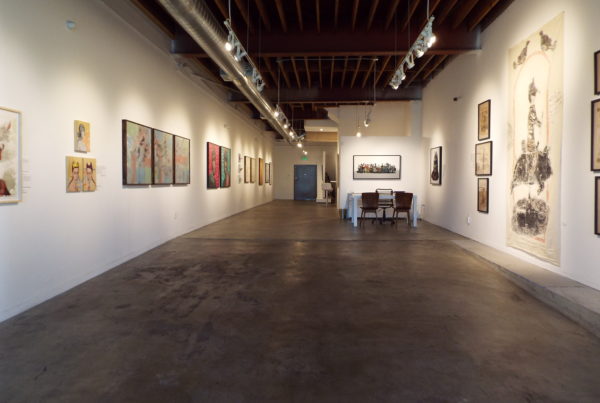 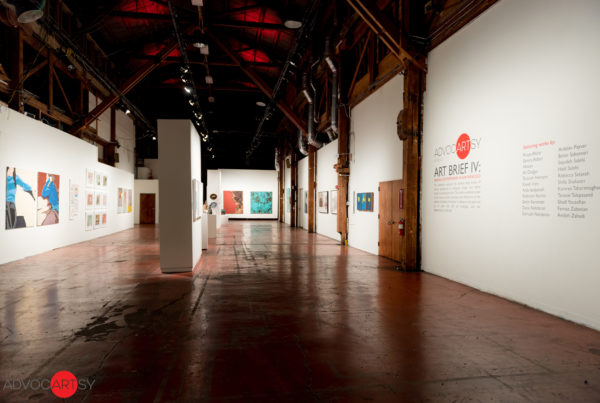