By StephanieOctober 6, 2019Events
No Comments 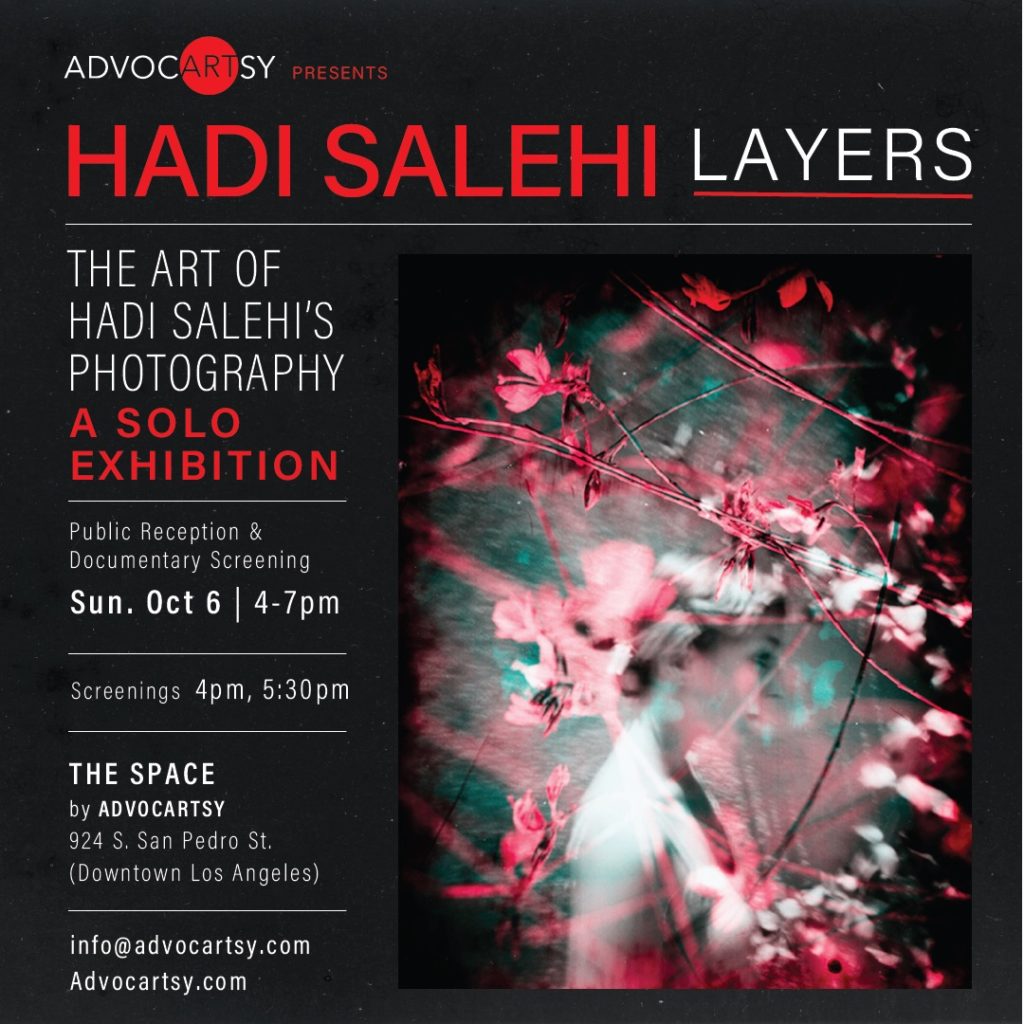 Hadi Salehi is a master of the art of analog photography. Salehi’s images capture diverse portraits that are powerful and soft, leaving a haunting quality that lingers in the psyche. Salehi seeks to create a collective awareness as a cultural messenger through his images, revealing quiet truths through his process intensive works. With a career that spans more than 40 years, Salehi has closely documented cultural innovators such as Keith Haring, as well as developed an expansive body of analog, digital, film, and mixed media works. Hadi Salehi is a graduate of Art Center College of Design, Pasadena and currently resides in Los Angeles.

LAYERS: The Art of Hadi Salehi’s Photography is an extensive analog photography exhibition showcasing Salehi’s most prolific conceptual work of the past 15 years. From a strong body of work which spans over four decades, this long awaited solo exhibition seeks to unearth and explore the rich tapestry of Salehi’s image-making career in previously unrealized magnitude. Showing in photographic layers, the selected photographs narrate universal themes of migration, family, resilience, joy and solitude. LAYERS will open in conjunction with the premiere of a documentary of the same name based on Salehi’s work and process, directed by Bita Shafipour and executive produced by SOCIARTS in collaboration with ADVOCARTSY.

LAYERS: The Art of Hadi Salehi’s Photography is a documentary that portrays the poetic style of Hadi Salehi’s analog photography. Through a series of captivating conversations with the artist, and an exploration of his experimental process, award-winning director Bita Shafipour taps into Hadi’s layers of consciousness and maps out a visual narrative of the creativity that shapes his rich and diverse body of work. Using Hadi’s photographs and archival film footage, captured in dozens of countries and including thousands of subjects, this art film visualizes Hadi’s life as an Iranian immigrant in Los Angeles where he has been capturing stories and making images over the past four decades. Shot primarily on 16mm film, Shafipour aims to pay tribute to Hadi’s creative process and the art of analog photography through her own analog filmmaking. Produced by Bita Shafipour and Emmy-winning producer Chris Boyd in association with ADVOCARTSY.