… I live in another world,
a world that I have made with my mind and soul.
In my world, all humans are women; there is only one gender and that is unisex.
They have one hand and each hero is a part of the head.
In my world, animals talk to humans.
In my world, the moon is always full. And that makes me sleepy in the real world.
In the thoughts that I have in my head, everything flows on the basis of love and affection.
Unicorn zebras .. smiling clowns .. all together in an imaginary but real world…

In Dreamscape, Mohammad Barrangi conjures up a world that exists in the realm of fantasy, yet seems to have a reality of its own. Trumpeters ride flying elephants, a lady carries an upside down zebra, cats hula-hoop, and play the fiddle while processions of revelers parade forth in antique bathtubs. Yet somehow it all makes sense, and invites the viewer to put logic aside and play along.
Indeed, play is the energy that most palpably runs through the pieces in this show. Characters – human or animal – are often masked and costumed (like personages in a Venetian carnival), striking theatrical poses and postures, frolicking about with apparent abandon. As such, they (and Barrangi) seem to be implying that life is an opportunity to take on not just one but many identities, each of which can inspire and allow a different facet of our cosmic consciousness to shine through; yet there is no need to feel bound to, or by, any one of those identities – we can move through them fluidly the way an actor in the theater moves through costumes, passionately playing each part but not letting the part play us.
To complement and further express this fervent energy, Barrangi’s signature sepia-tone palette has exploded with colors that are both vivid and soft, evoking a faraway dreamland of azure skies and sun-kissed surfaces where all kinds of stories can – and do – unfold. The stories are not always entirely jovial; some of the pieces even hint at looming violence, or a tenacious sense of alienation – but just like life, and just like dreams, these layers adds further depth and interest to the show as a whole.
Mr. Barrangi’s previous solo show at Advocartsy was based on Attar’s mystical masterpiece Conference of the Birds; and that mystical, mysterious air carries forward here – albeit in a more light-hearted, rambunctious way. Collectively, the pieces create an opening unto another world – a world that is not bound by the conventions and solemnity of our own; a world where, to paraphrase Rumi, an owl can become a peacock, a wolf can become a shepherd, and the doors and walls speak of myths and legends. 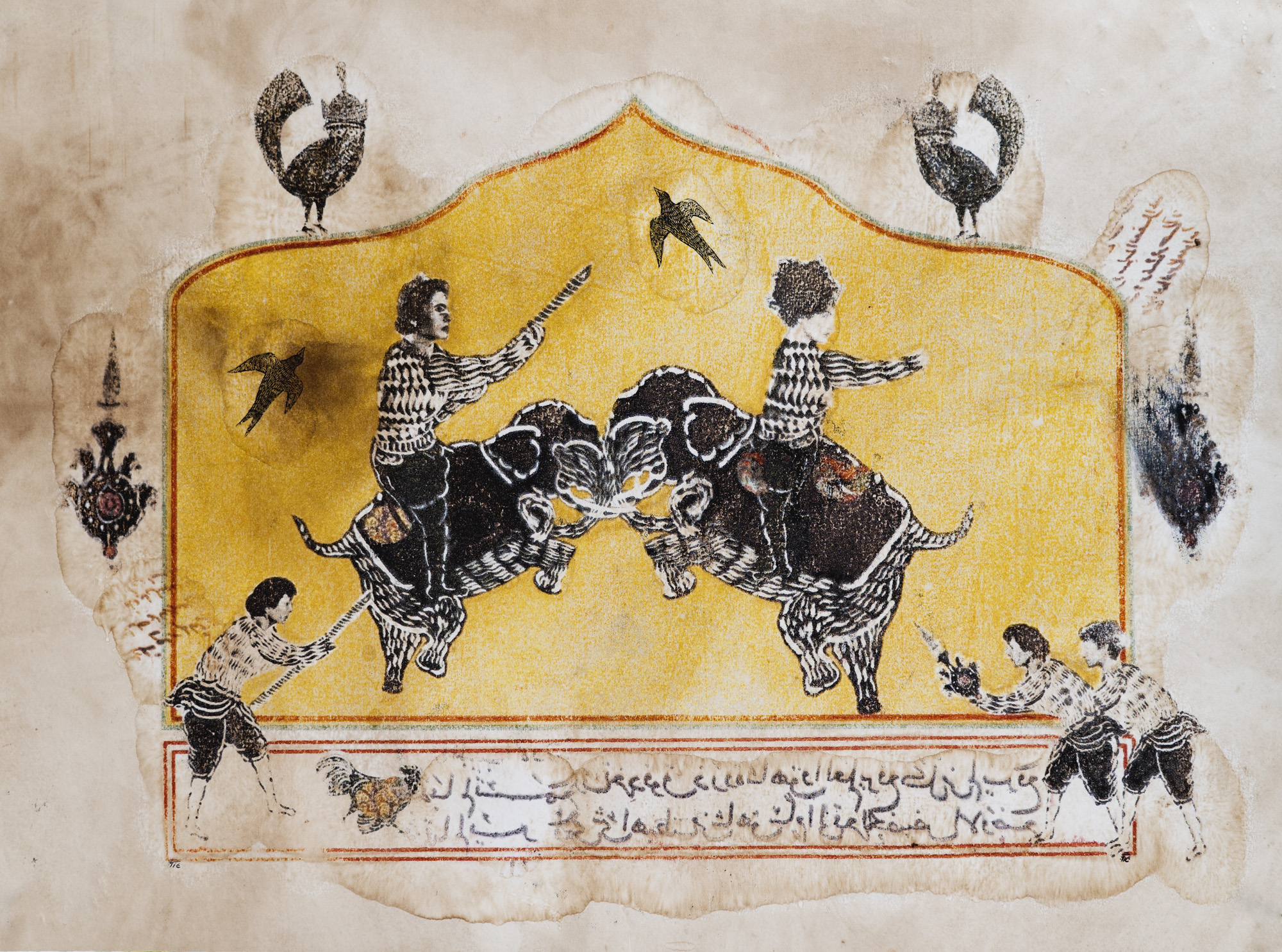 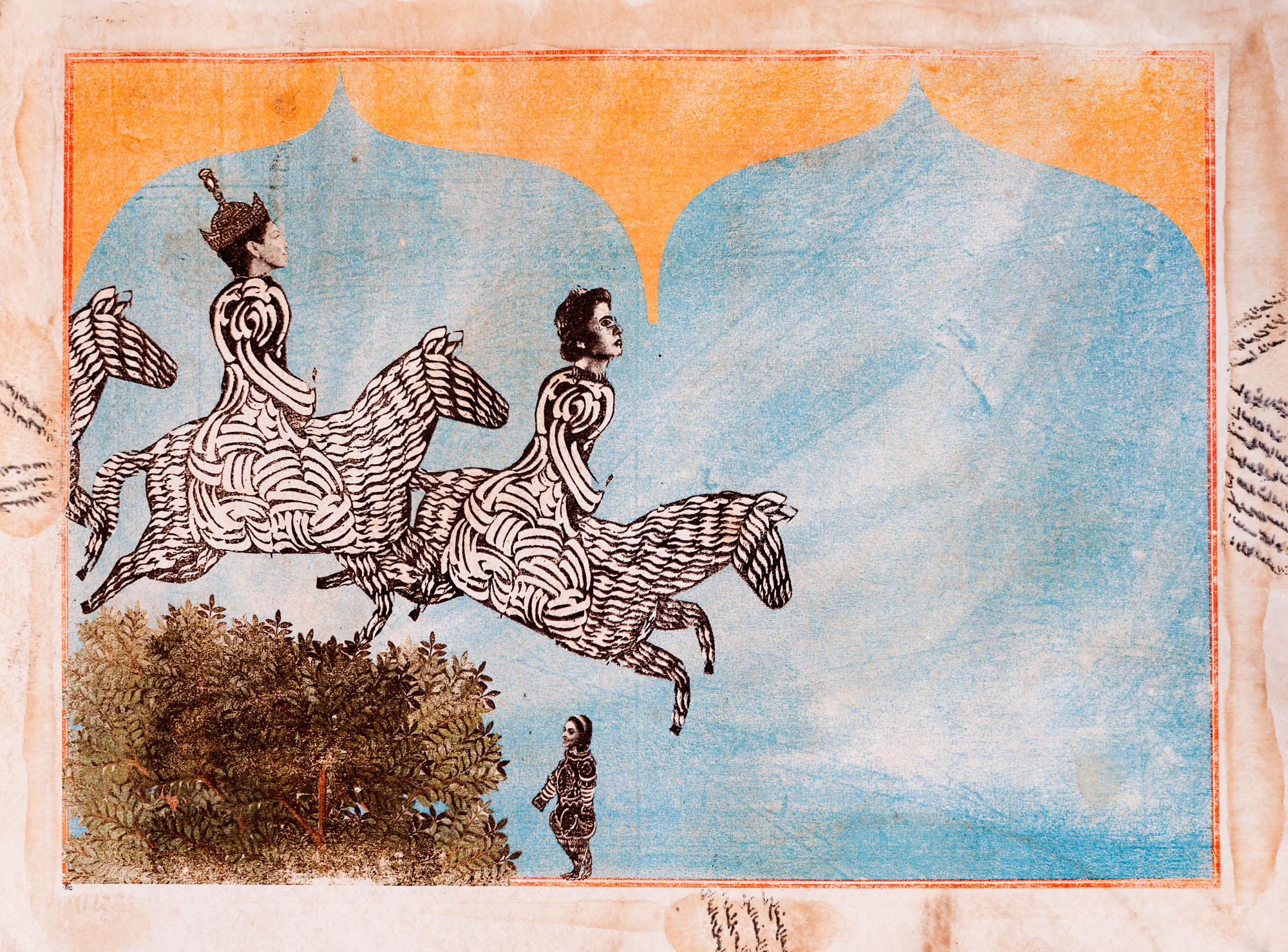 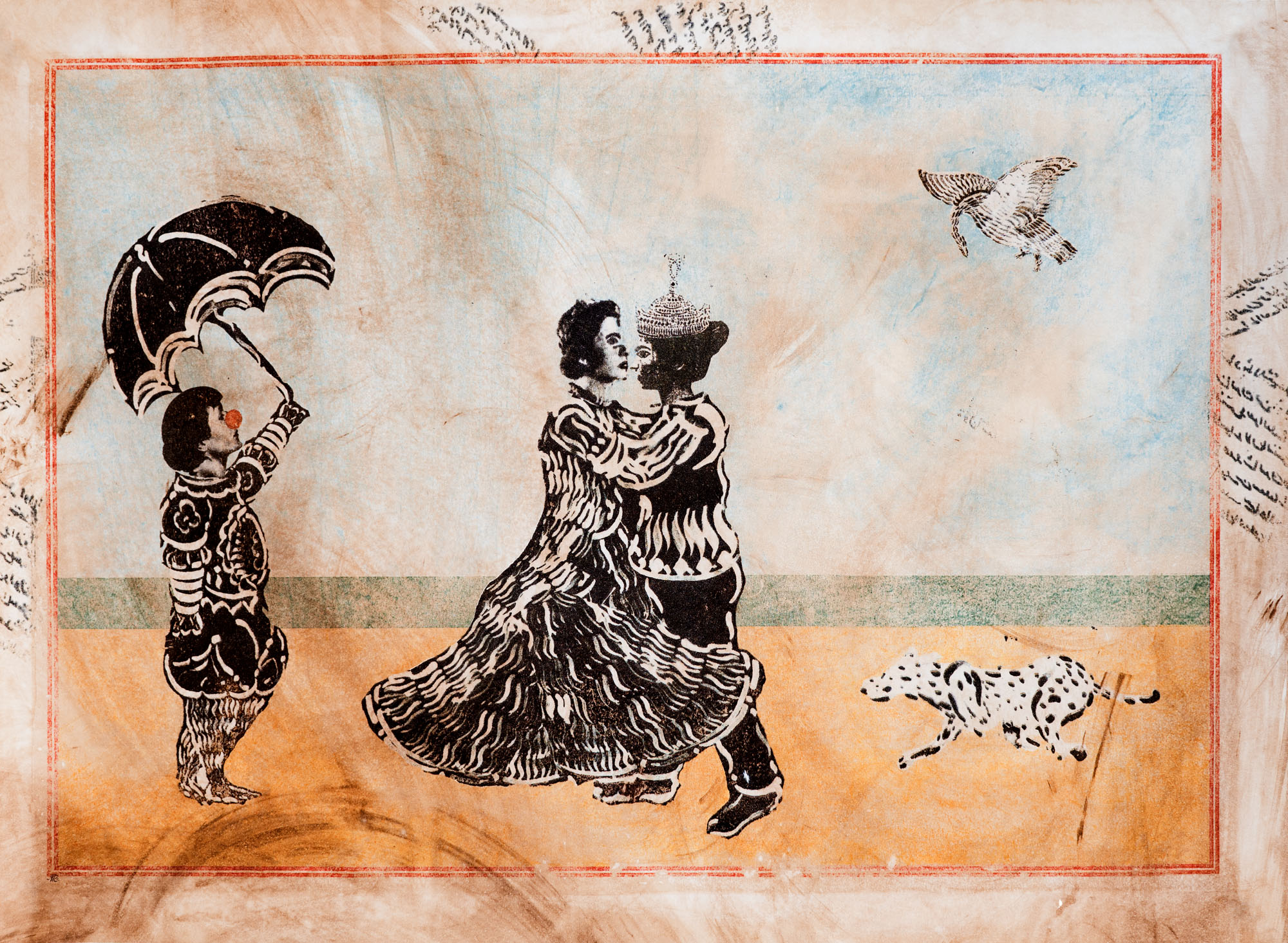 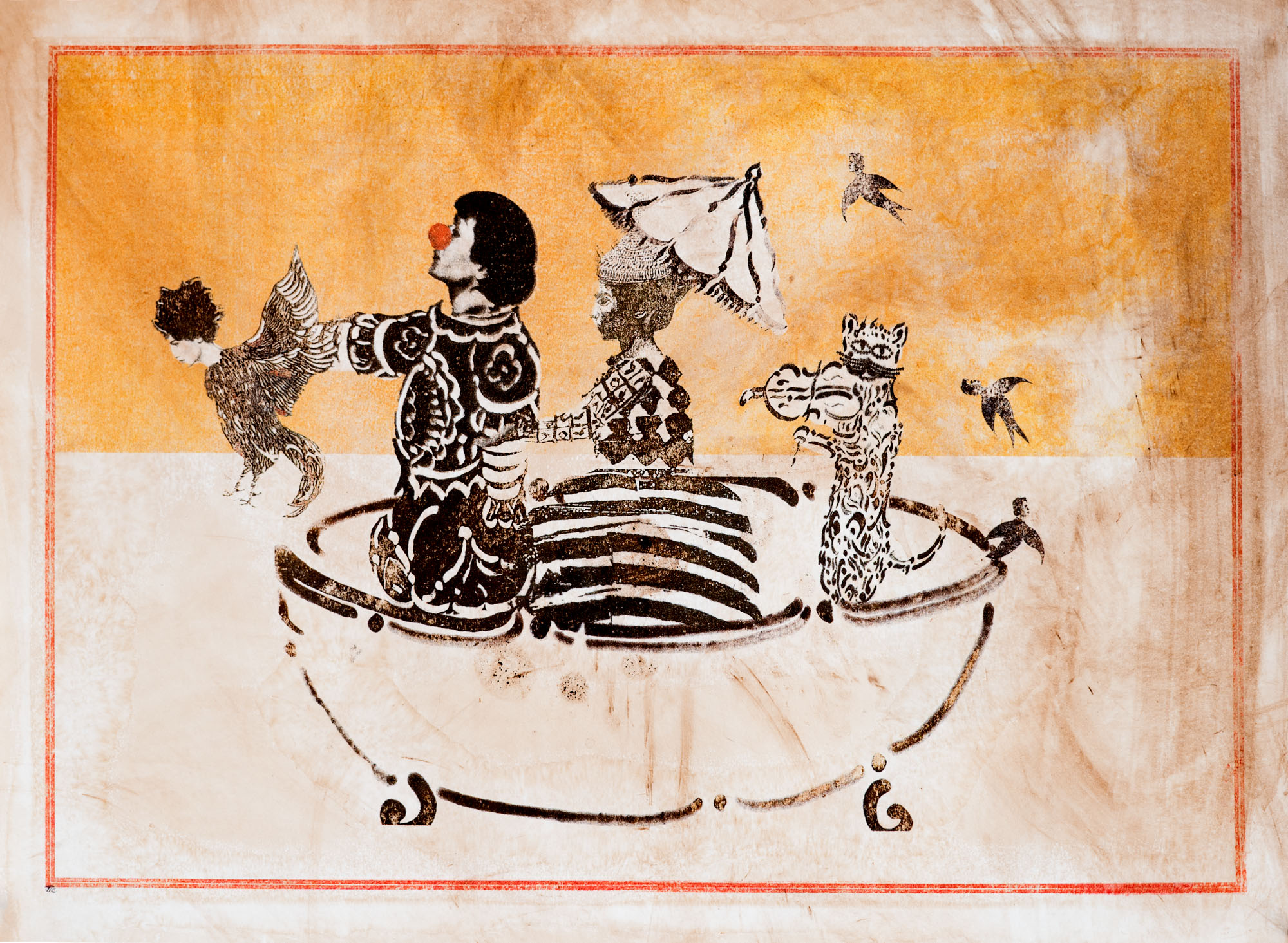 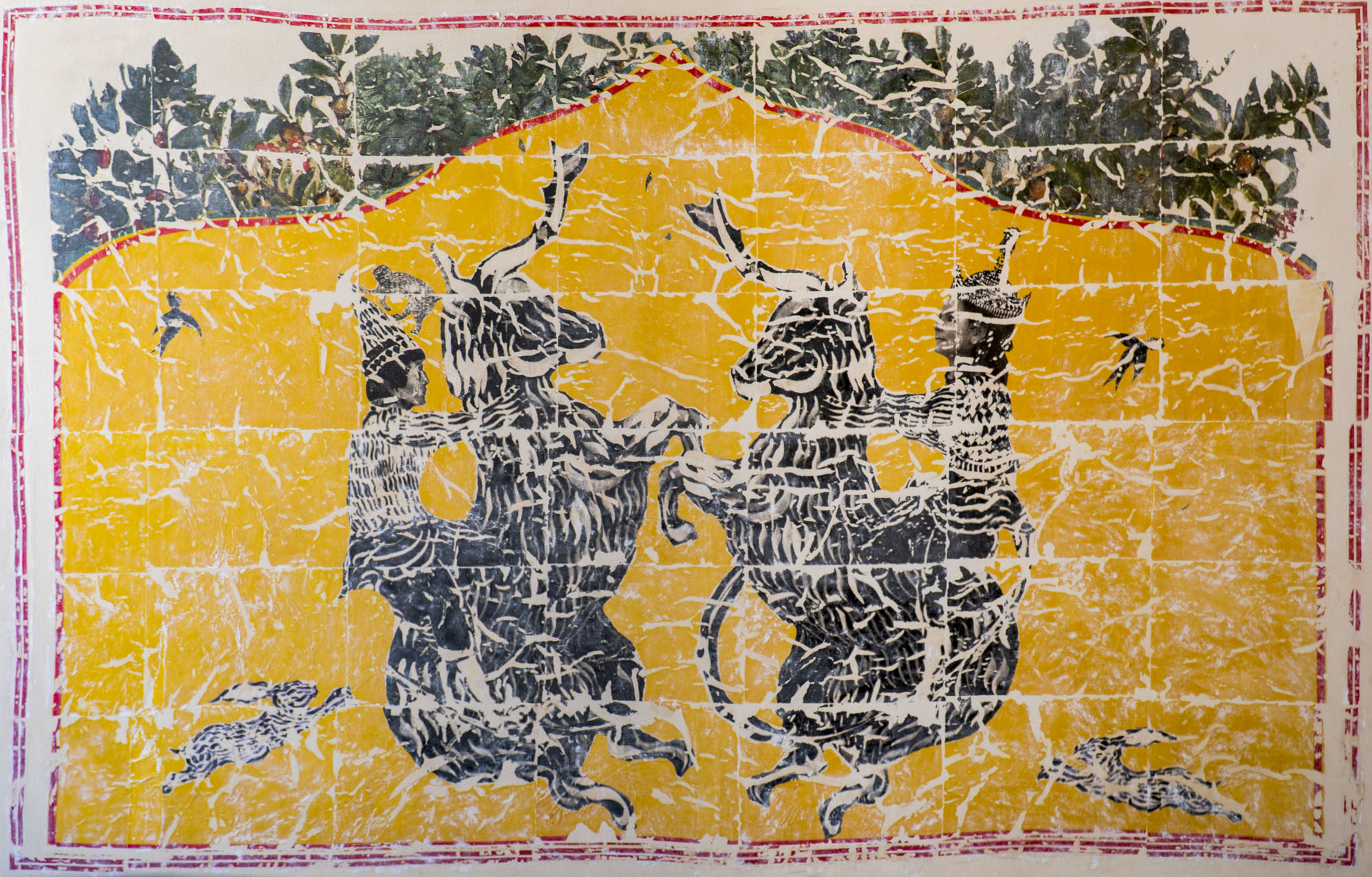 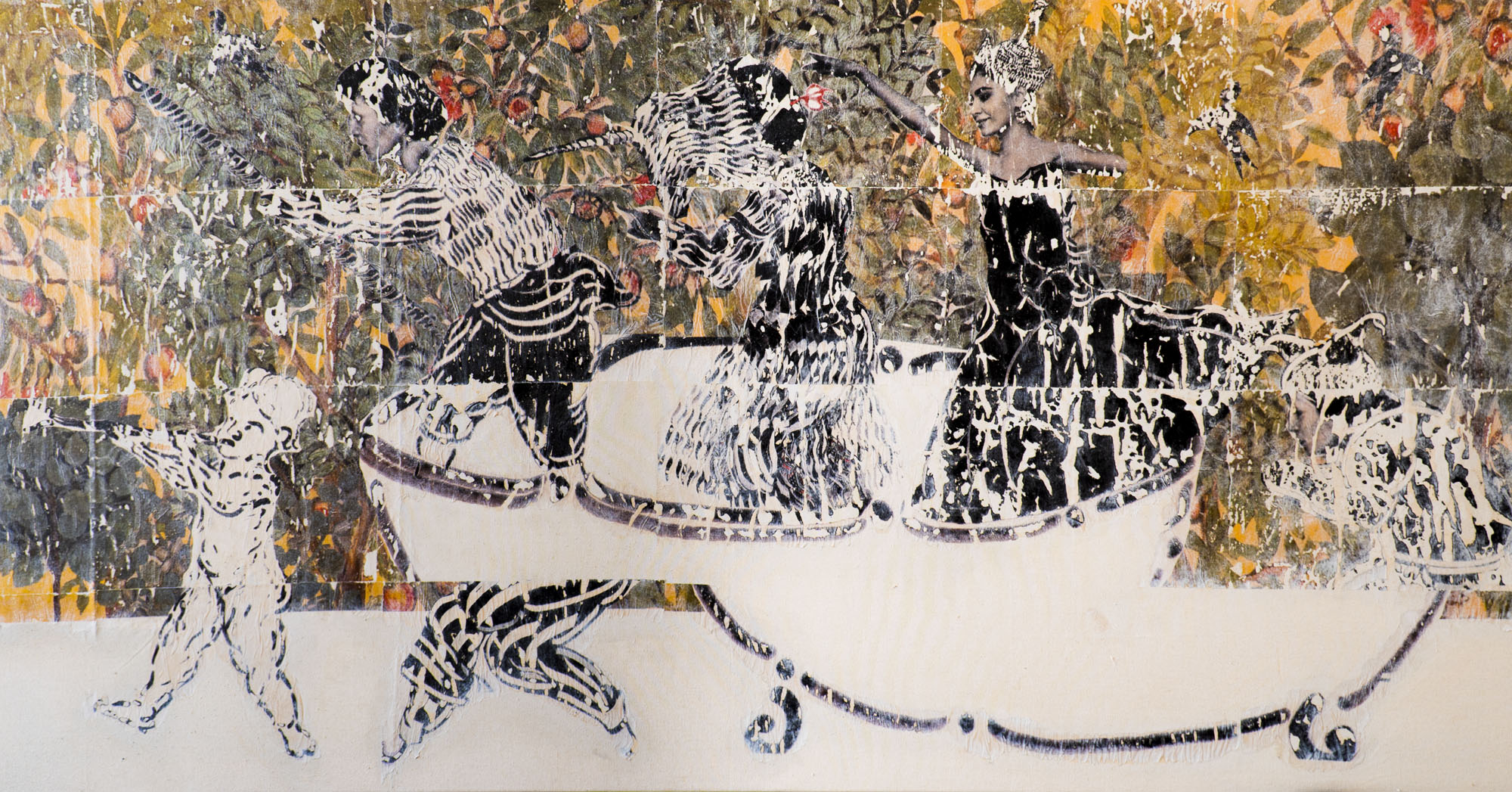 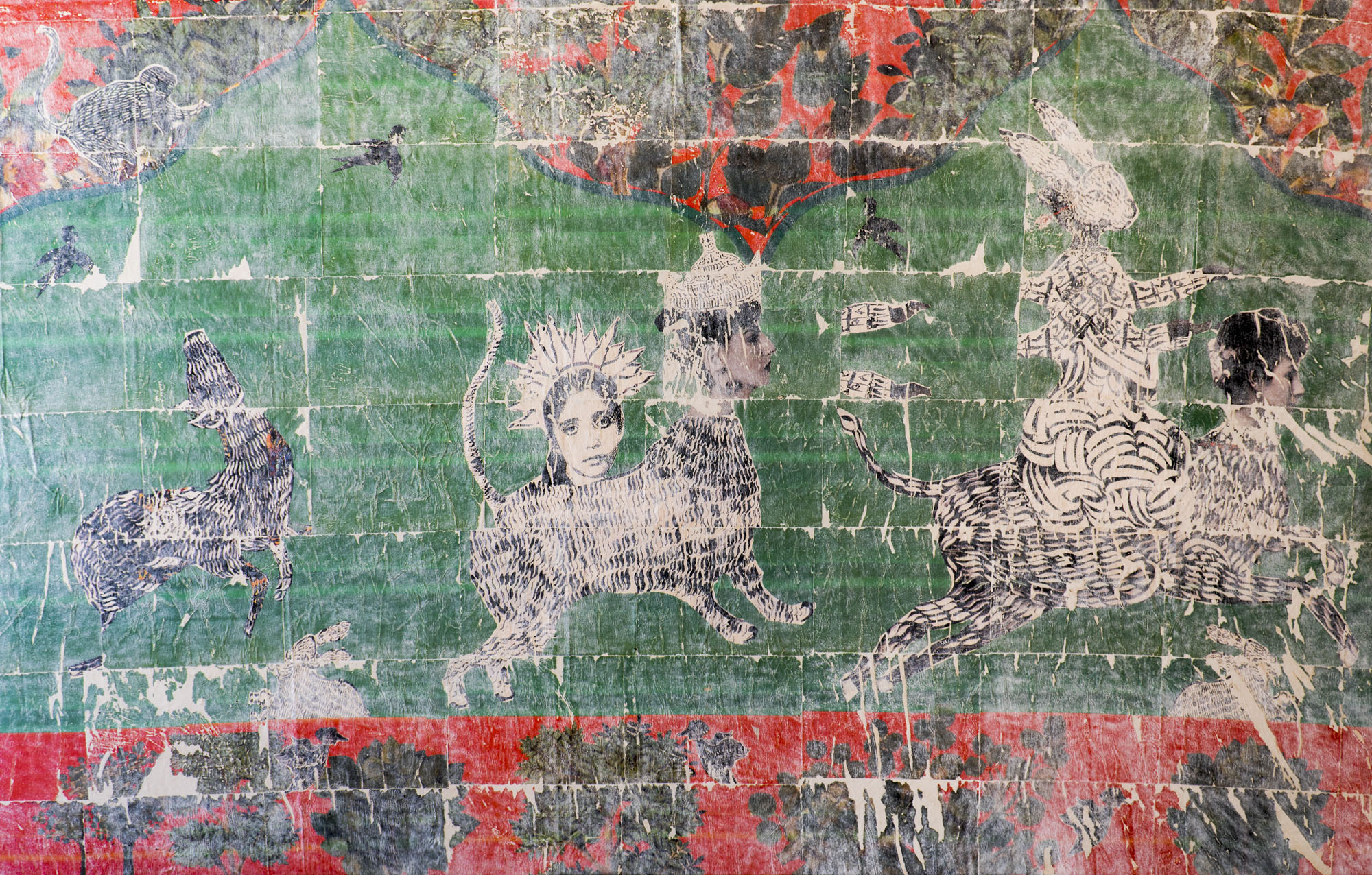 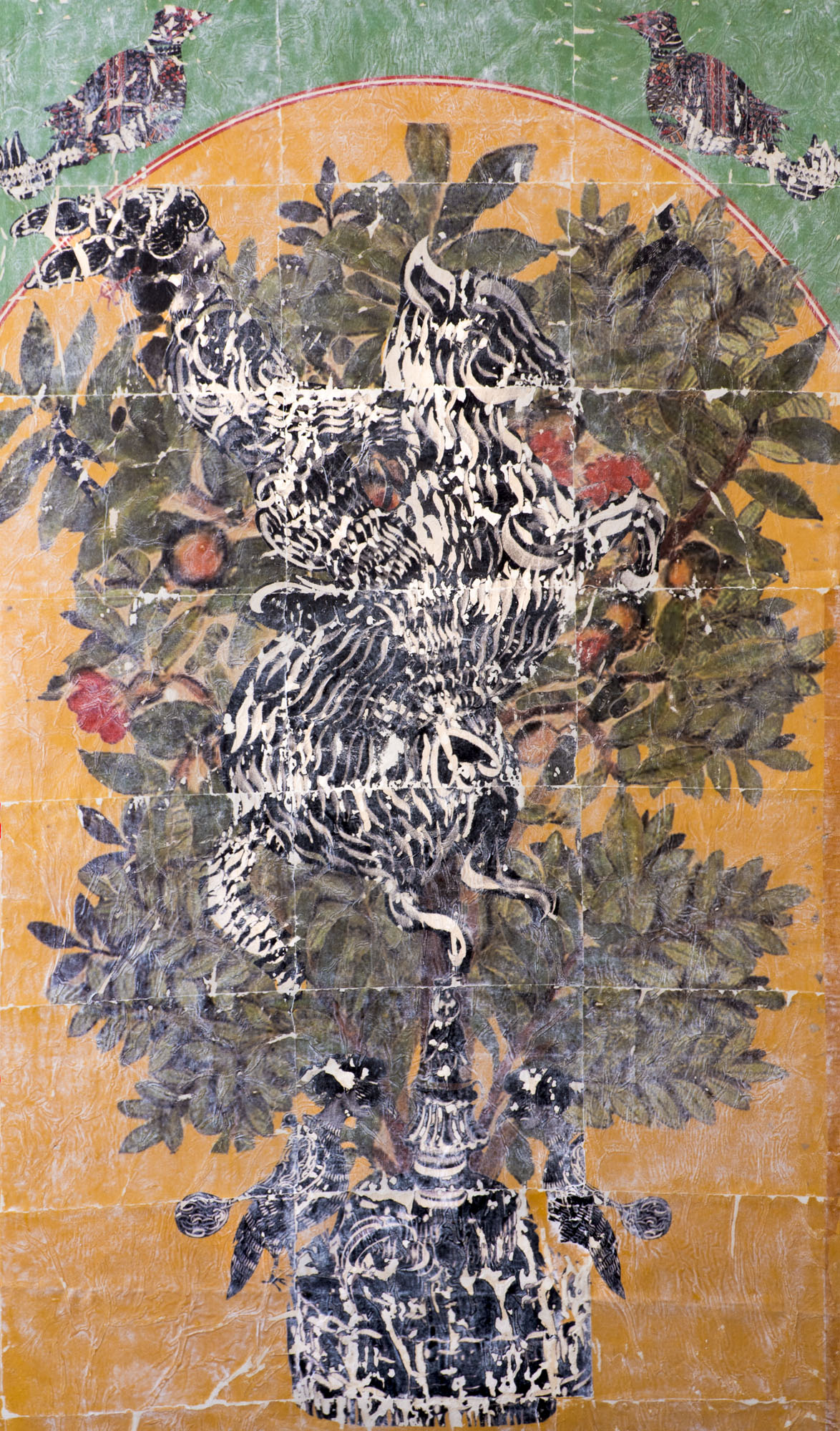 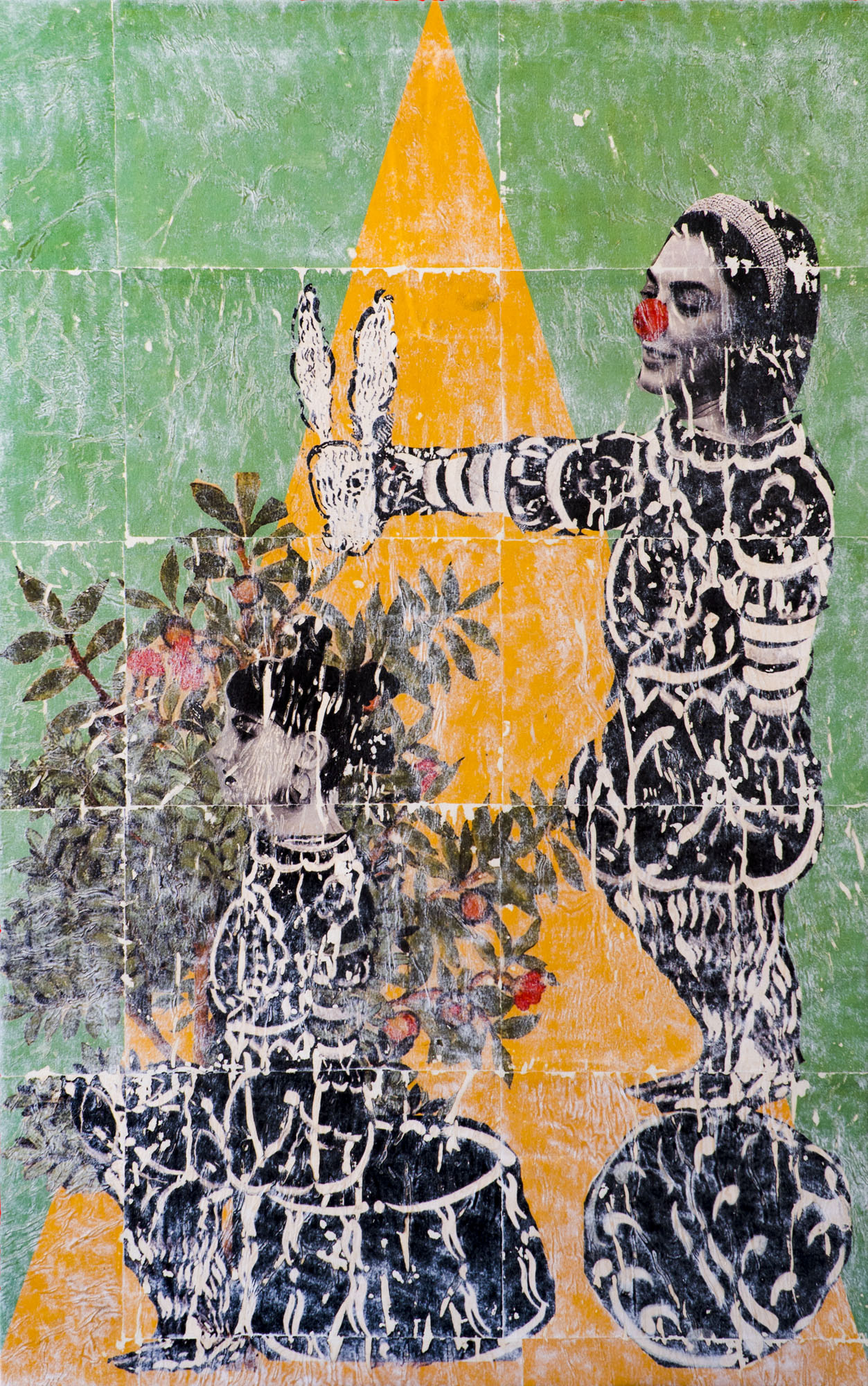 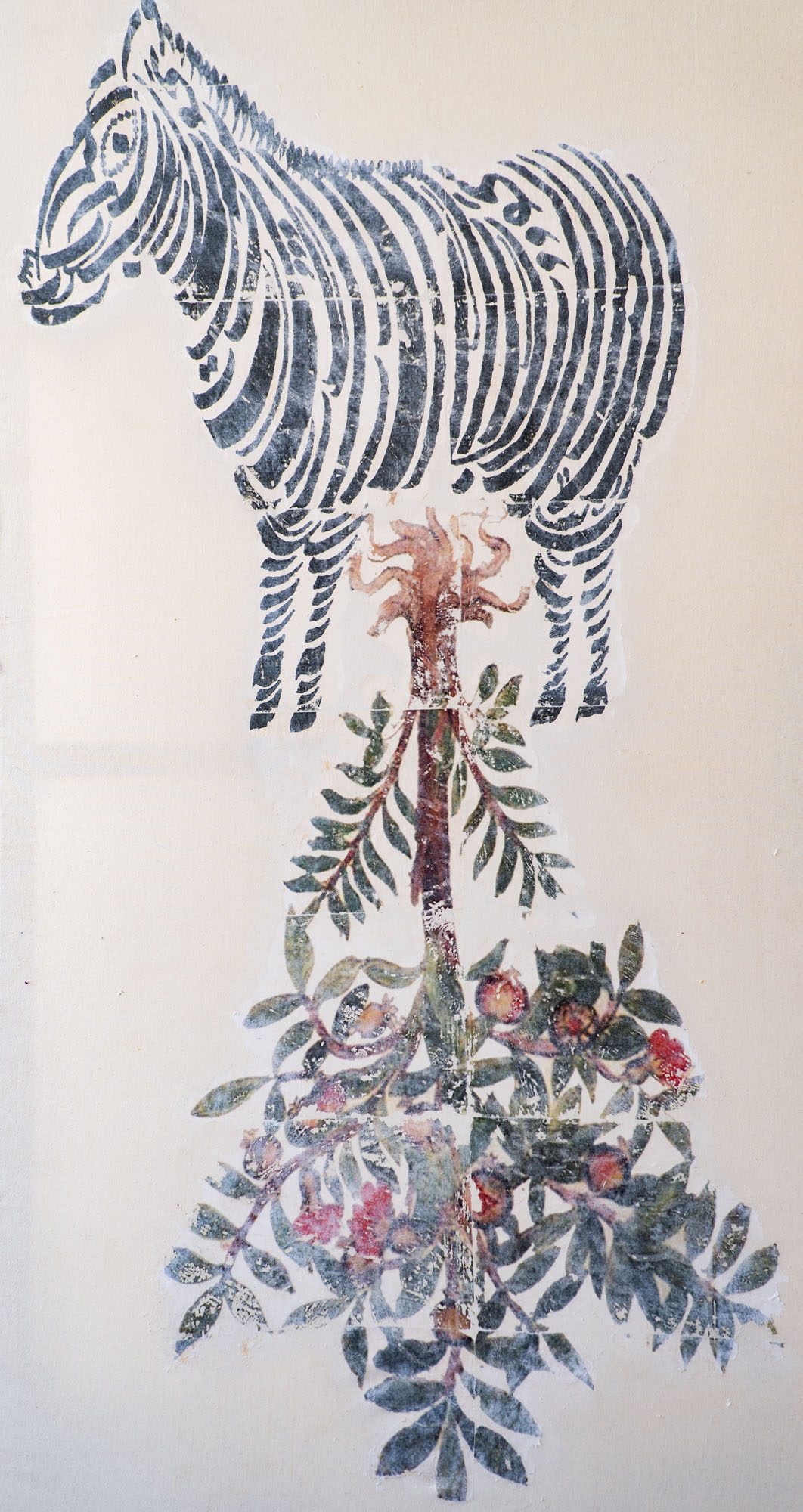 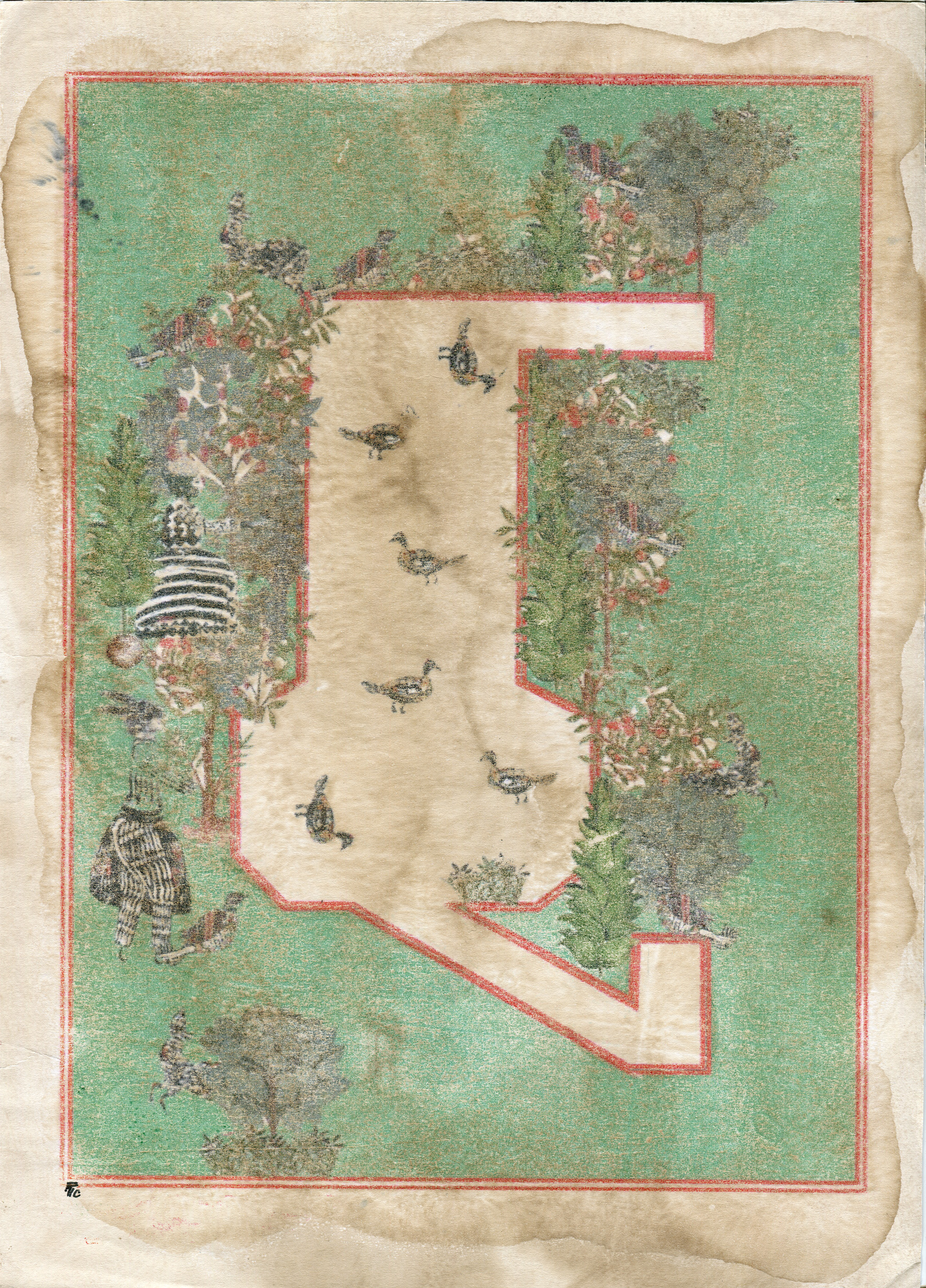 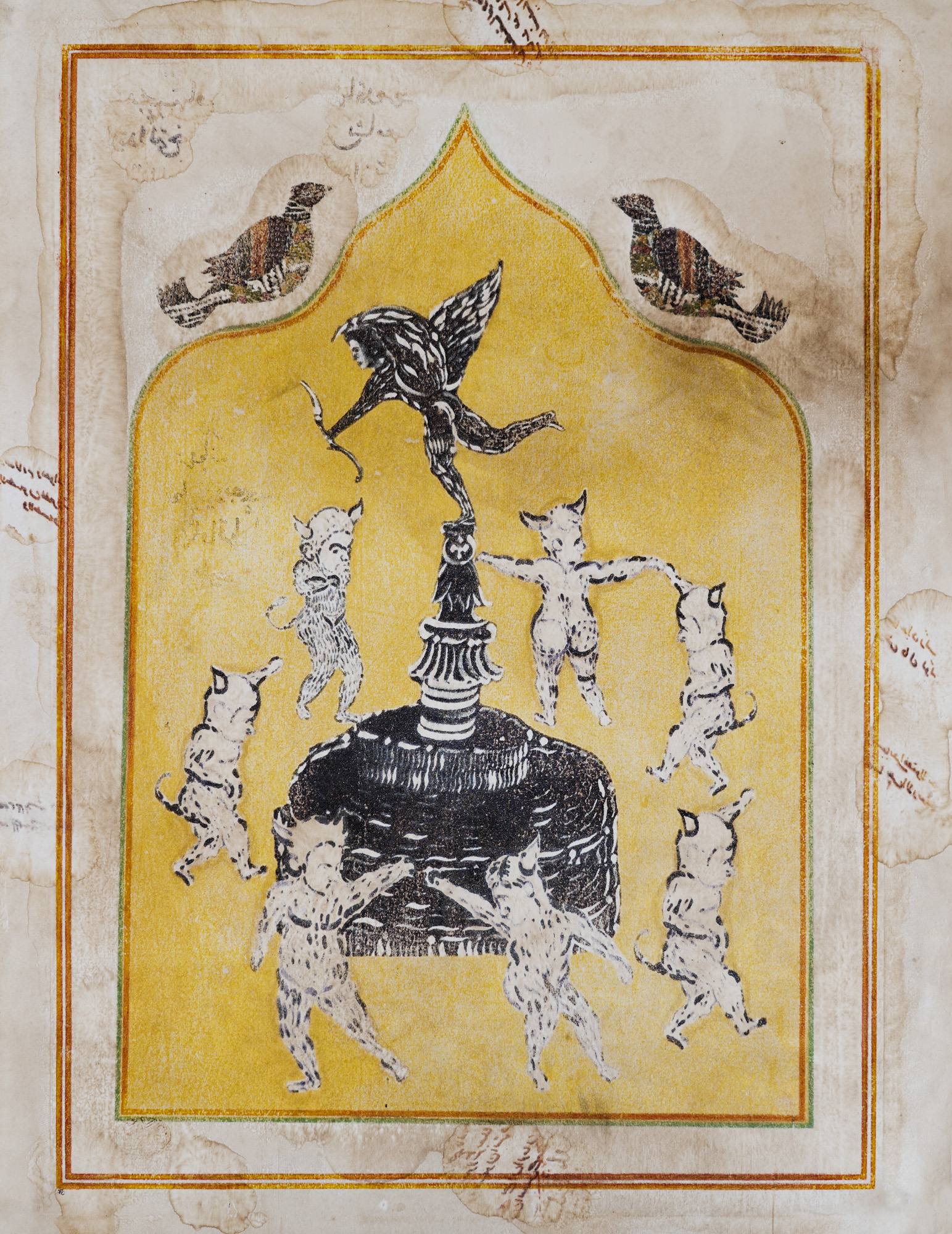 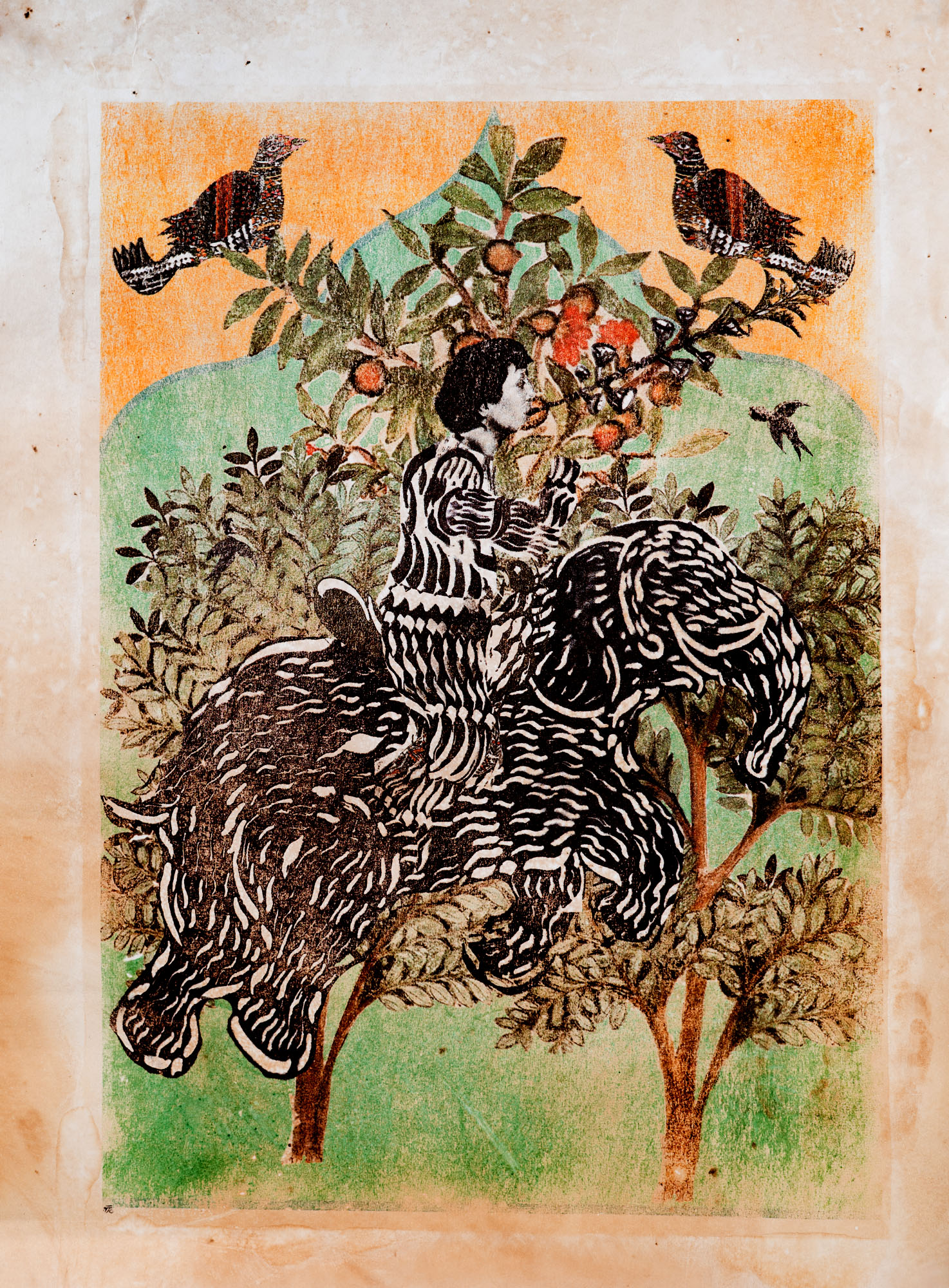 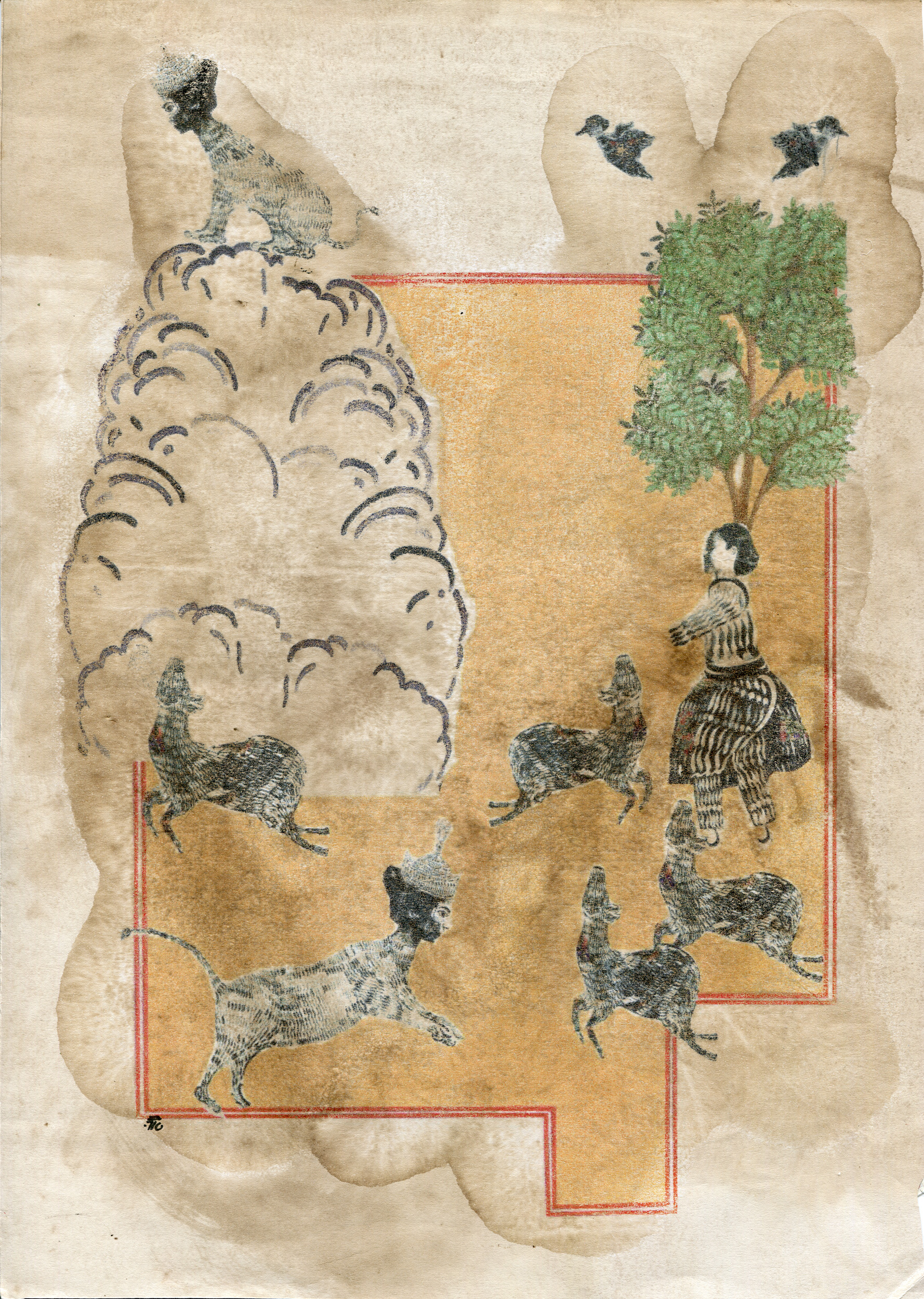 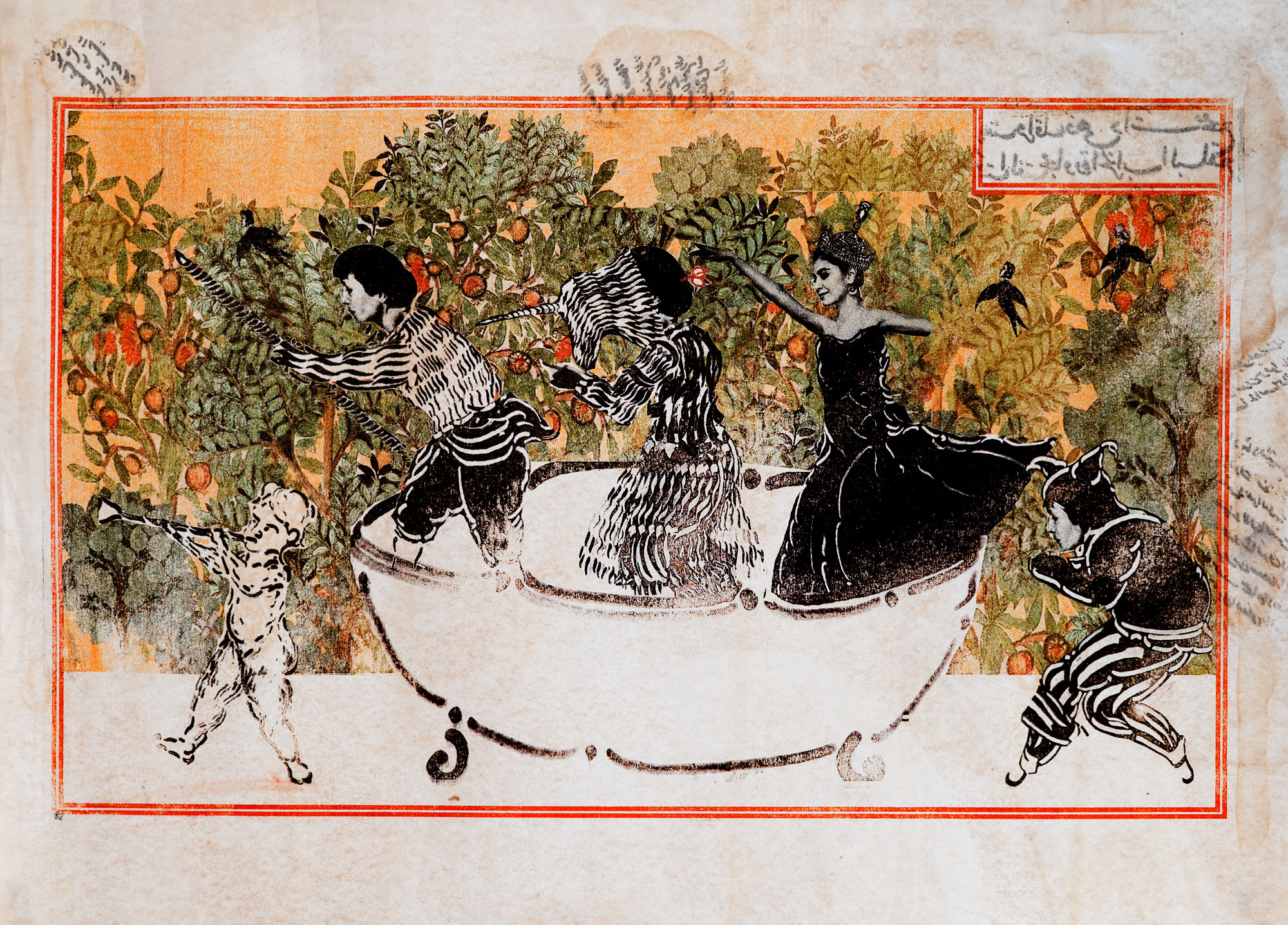 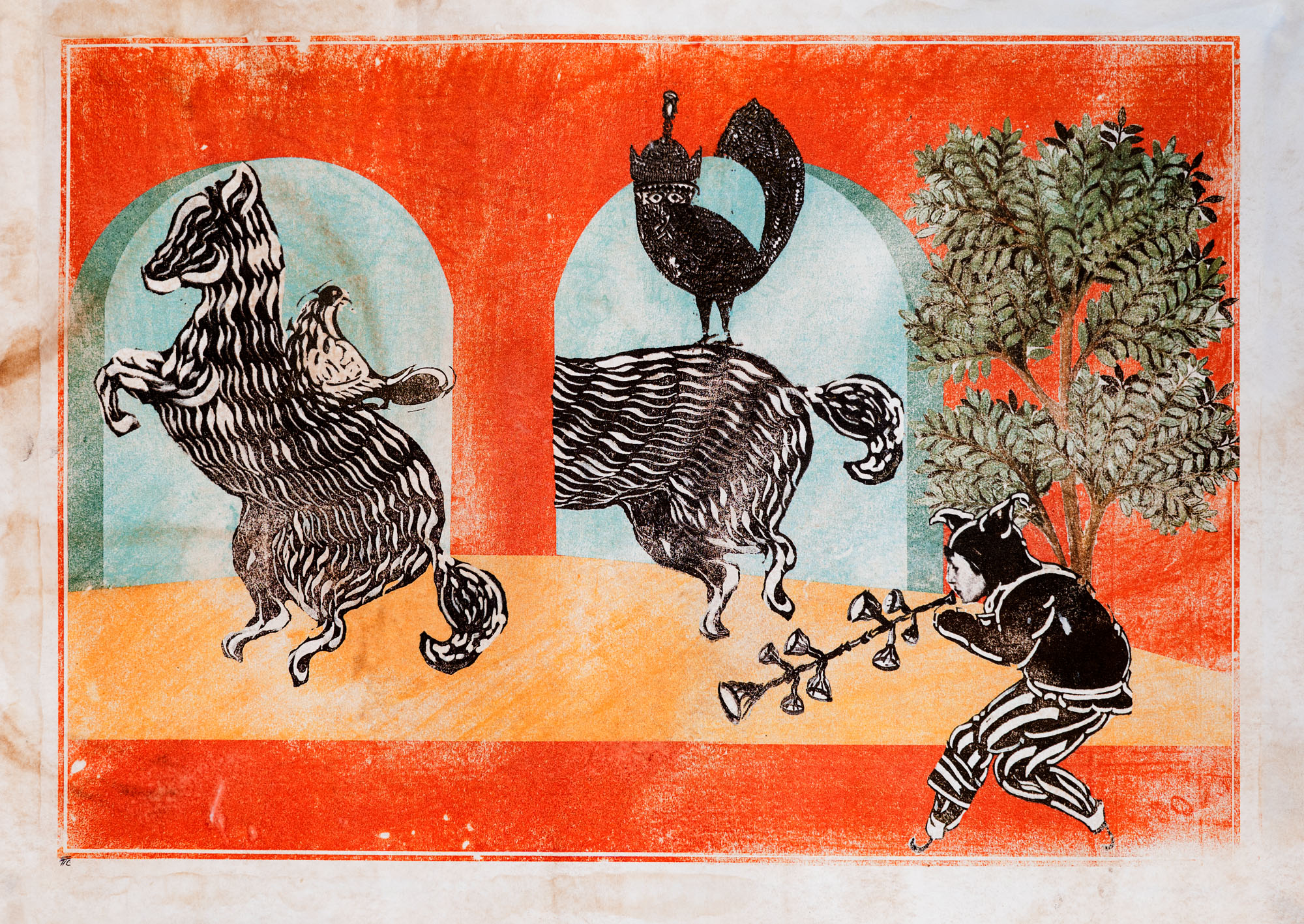 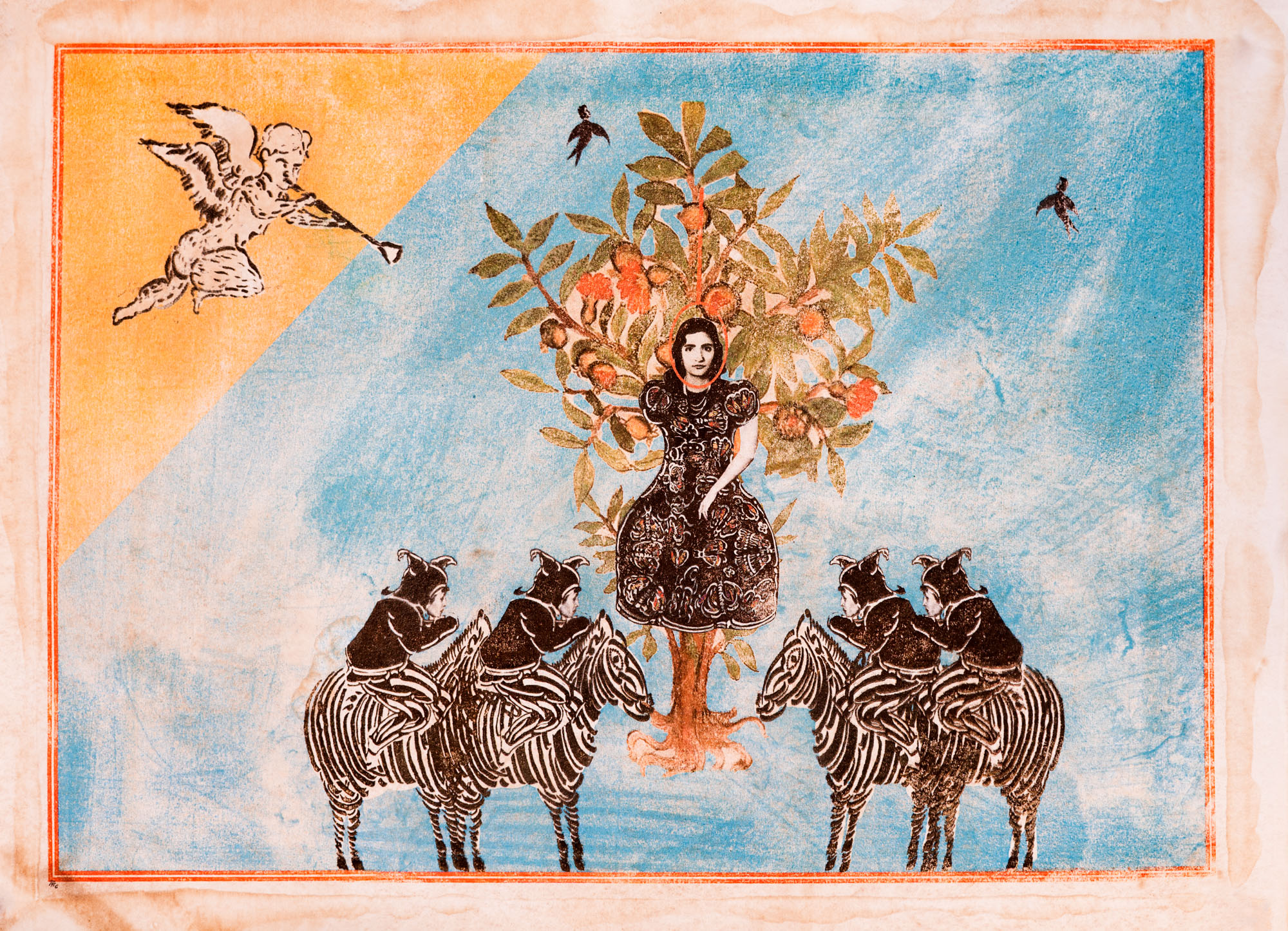 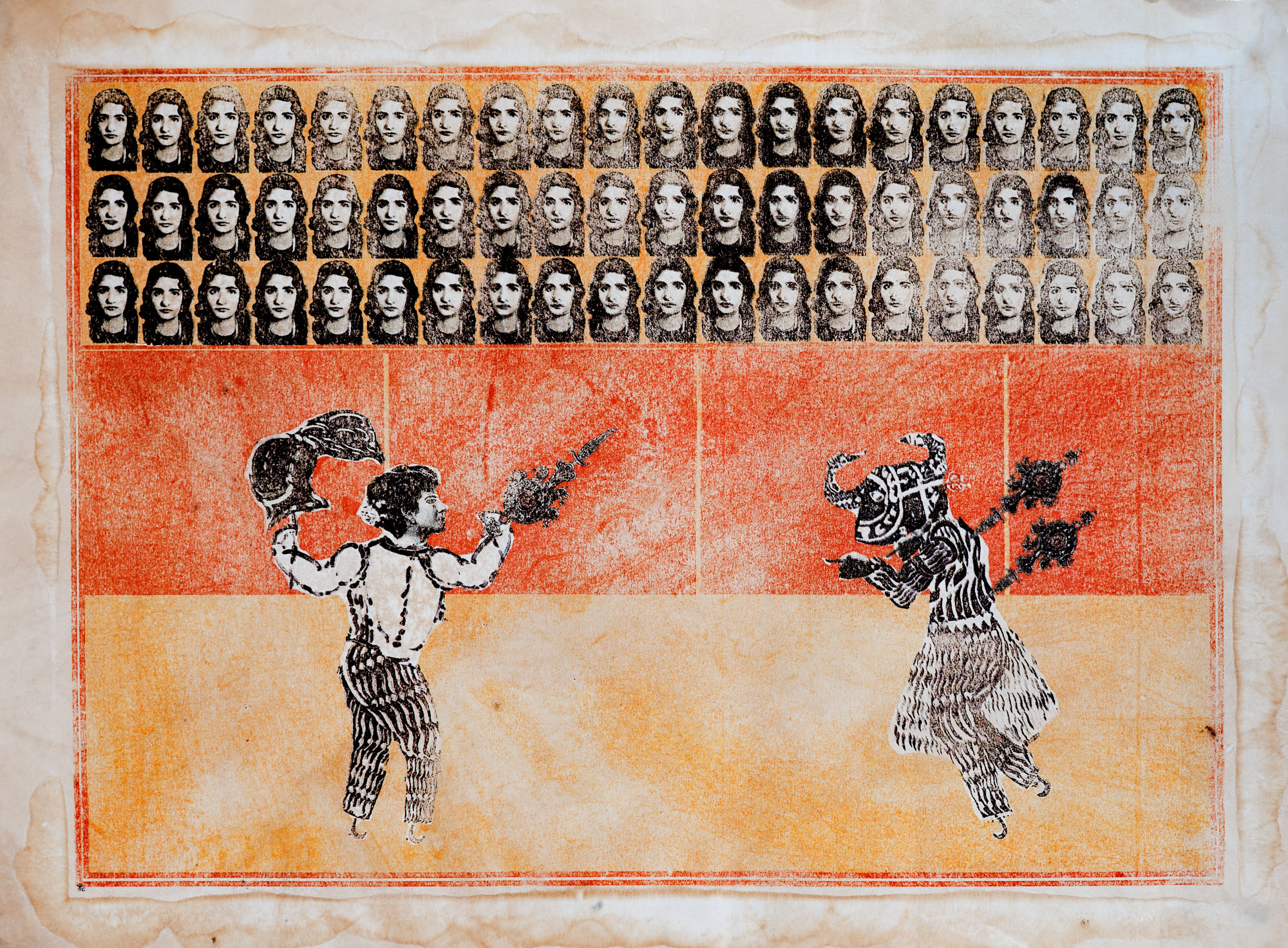 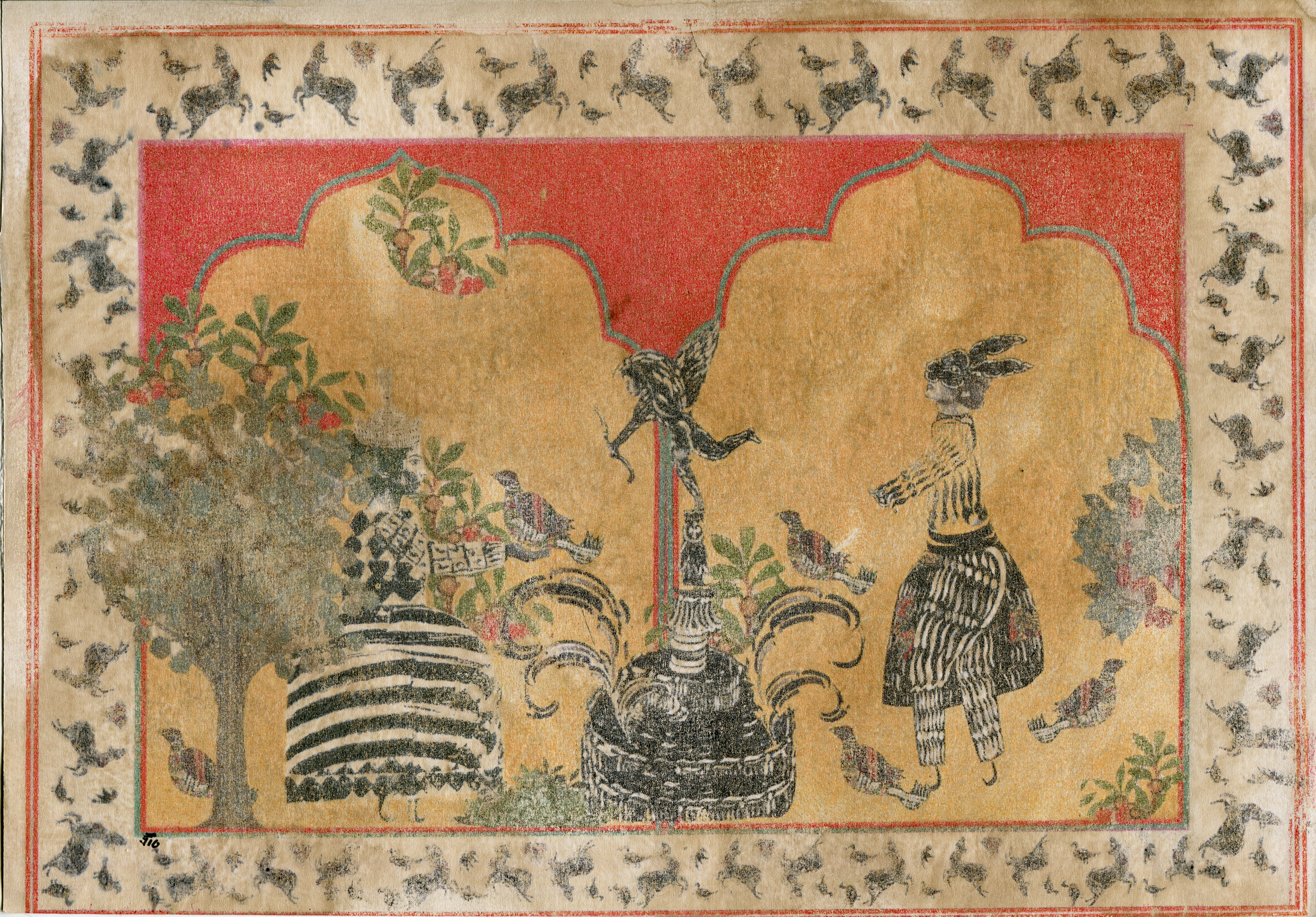 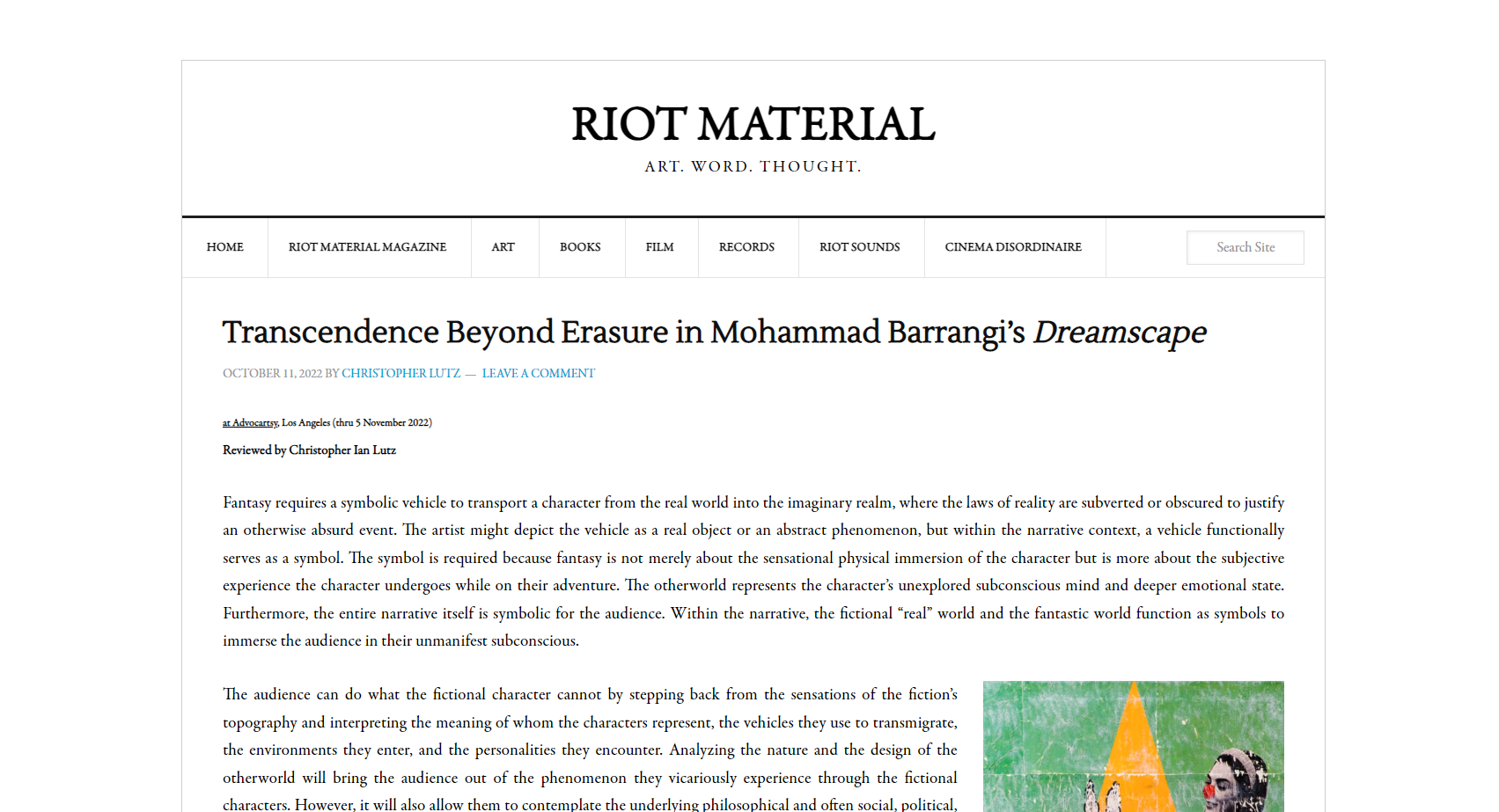 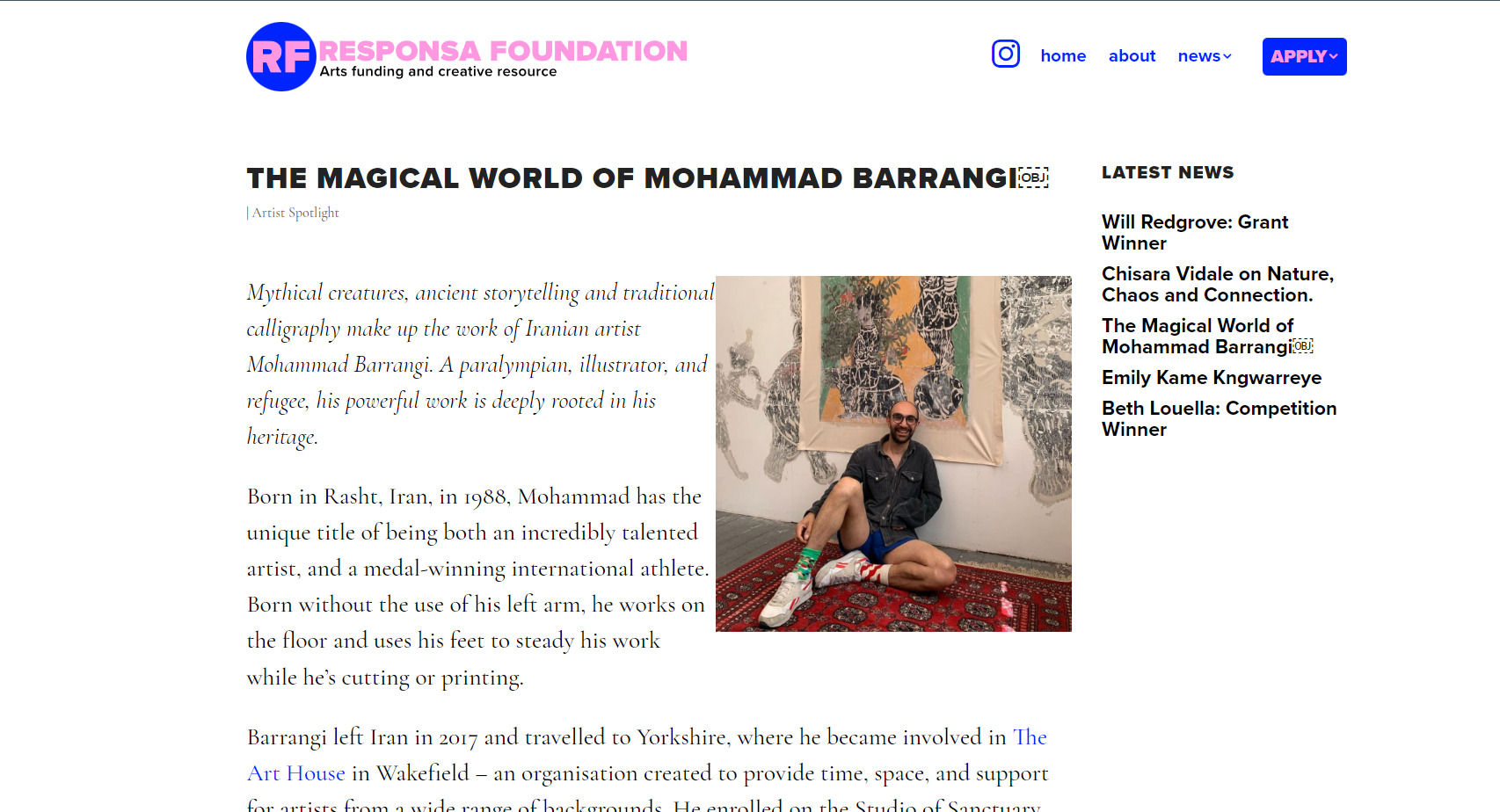