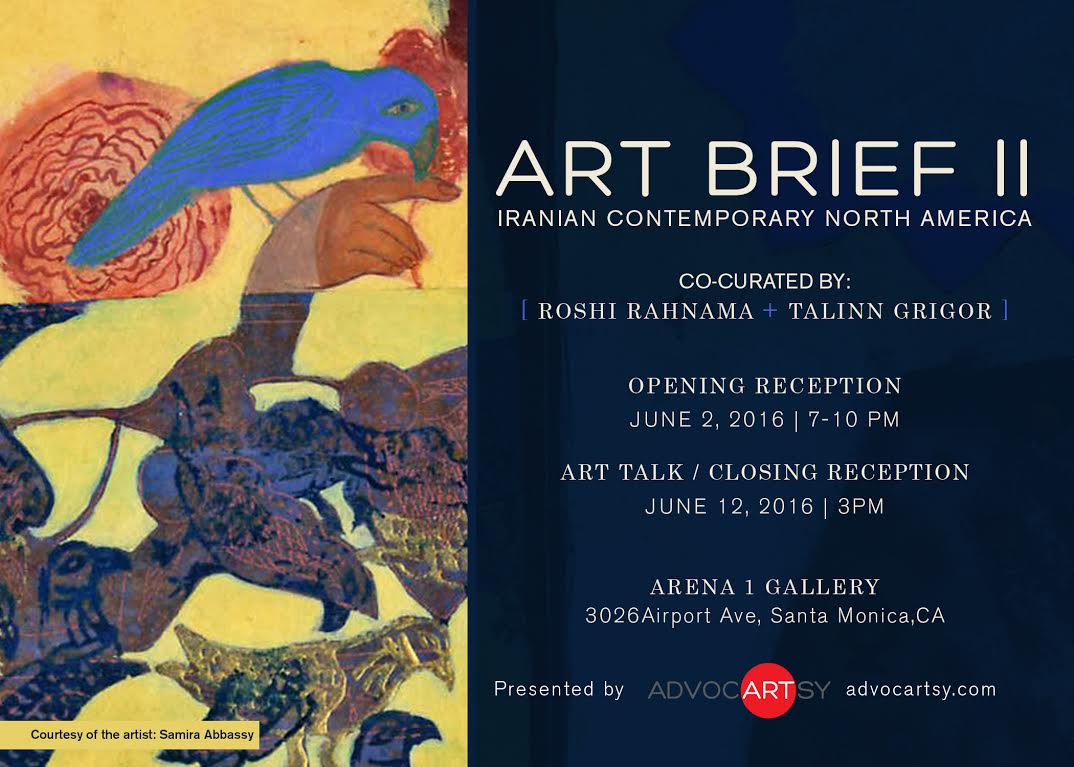 CONTEMPORARY NORTH AMERICA.  This exhibition is co-curated by ADVOCARTYS

Iran: from the Street to the Studio and Professor of Art History at the University of California,

from their homeland. The works exhibited speak to the various artistic reactions and reflections

to the realities of identity formation in diaspora, the pain and joy of exile, the call of nostalgia,

and the fragmentation of the self.

– and equally to the art community of Los Angeles, and beyond. It is designed to build

community and to build bridges between communities, but also to demonstrate the breadth of

expression and meaning characterizing the art of Iranian-American artists.

The artists featured in this group show include:

connection amongst artists, collectors and the fine art community, with focus on Iranian

Roshi Rahnama is the founder. Principal and director of ADVOCARTSY.

University of California, Davis. Her research concentrates on the cross-pollination of visual

culture and global politics and historiography, focused on Iran and India. She received her Ph.D.

from Massachusetts Institute of Technology in 2005. Her books include Contemporary Iranian

Art: From the Street to the Studio (Reaktion, 2014); Persian Kingship and Architecture:

Strategies of Power in Iran from the Achaemenids to the Pahlavis, with S. Babaie (I.B.Tauris,

2014); and Building Iran: Modernism, Architecture, and National Heritage under the Pahlavi